The first time was in 1896 when the second U.S. Open was contested by a field of 35 players and James Foulis won with a total of 152 for 36 holes. In 1986 Raymond Floyd claimed the national title at Shinnecock with a 1-under total of 279. Corey Pavin beat Greg Norman by two strokes to win the 1995 U.S. Open on the Long Island course. And in 2004 Retief Goosen edged Phil Mickelson at Shinnecock Hills to win his second U.S. Open.

The historic links-style golf course will play about 500 yards longer this time and feature a treeless terrain, graduated rough bordering fairways that may play narrower than they look, 150 bunkers, small, tilting greens and routing that has all 18 holes playing in a different direction.

How will Shinnecock Hills play this week for the best golfers in the world? The club’s head professional Jack Druga offers a well-informed opinion in this video:

The U.S. Open is the marquee event of the United States Golf Association (USGA), which prides itself on making the national championship “the ultimate test in golf.” This week should be no exception.

We’re not trying to embarrass the best players in the world. We’re trying to identify them.

When people say they dream of playing in the U.S. Open someday, what they’re really saying is, they’d like to be good enough to play.

Trust me, the U.S. Open is not fun. – Tom Weiskopf

Nobody wins the Open. It wins you. – Cary Middlecoff

The U.S. Open field of 156 players includes mostly professionals (the highest ranked and otherwise best players from the major tours) as well as 20 amateurs. Half the field earned their spots through local and sectional qualifiers.

The field will be cut to the low 60 scorers (and ties) after 36 holes. If there’s a tie after 72 holes, a two-hole aggregate playoff will determine the winner. (This year marks the end of the traditional 18-hole playoff.)

The current betting favorites are:

Defending US Open Champion Brooks Koepka will return to Shinnecock Hills to defend his title.

Fifty-two groupings of three players will tee off beginning at 6:45 a.m. ET on Thursday. Here are some noteworthy groupings. 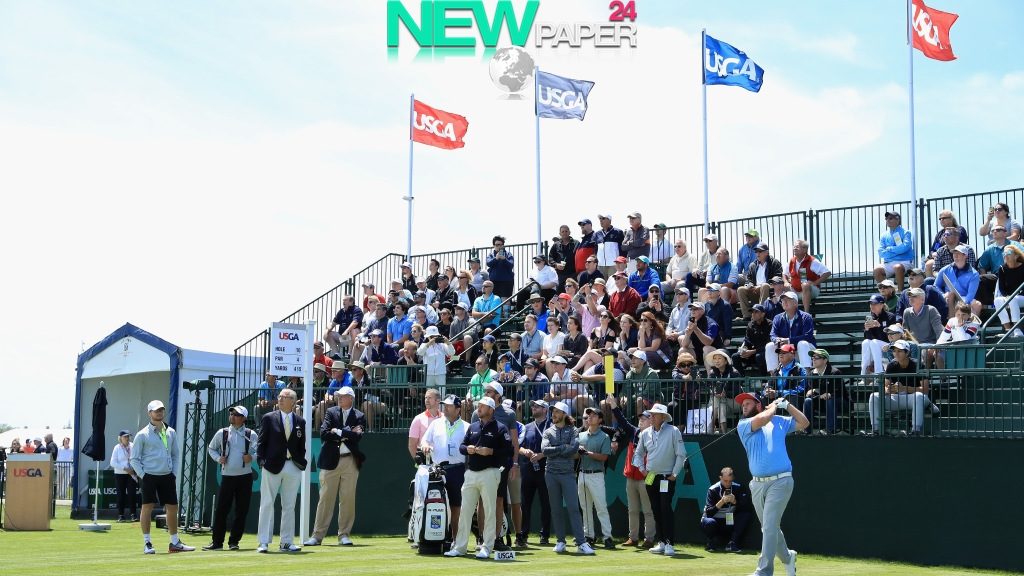 Players tee off at Shinnecock Hills Golf Course during a practice round.

The U.S. Open will receive more than 115 hours of live streaming coverage at usopen.com and U.S. Open app channels.