Trending
You are at:Home»Fun Facts»Hall of Fame Golfer Se Ri Pak Competes in Reality TV Show ‘Law of the Jungle’
By Neil Sagebiel on January 15, 2018 Fun Facts, News, The Pros

A Hall of Famer with 20 LPGA victories including five majors, Pak was a recent competitor on a popular reality TV show called “Law of the Jungle” that appears on SBS in South Korea. How popular? Nearly 15 percent of the country watch the reality show that airs on Friday nights. That includes Pak, a longtime fan of the series.

Golf is its own kind of hard, but escaping the jungle took hard to a whole new level.

“It was really, really difficult,” Pak said at a news conference according to the Yonhap News Agency. “I’ve ran into things I’ve never experienced before, so it was very hard.”

Pak spent five days and four nights in the Cook Islands in the South Pacific. She gave credit to sole regular cast member Byung-man Kim. Kim is a South Korean comedian, but his performance in “Law of the Jungle – Cook Islands” was about survival rather than laughs.

“If it wasn’t for leader Kim,” Pak said, “I don’t think I could have made it safe back home.” 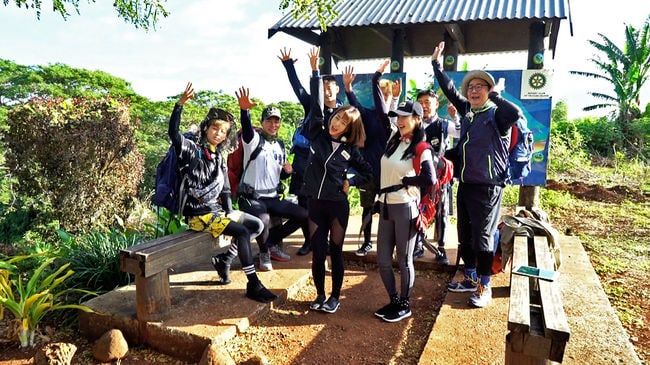 It’s one and done for the elite golfer who retired in 2016.

“Honestly, I don’t think I can go there twice,” Pak said about the possibility of another appearance on the reality show. “I’ll leave it as a fond memory.”