Trending
You are at:Home»Guides»How to Select an Iron Set For a Beginner
By Duffer on March 23, 2015 Guides, Irons, Learning Center

Most beginners tend to be a bit inconsistent when it comes to how flush they hit the ball. Beginners often hit a little bit behind the golf ball, causing a fat or “chunky” shot, where the iron digs into the ground a little bit before it gets to the ball, causing grass to get in between the ball and the face of the club. The result is a shot that comes up very short. Does this sound familiar? To remedy this situation, “Super” Game Improvement Irons are oversized, and will have a wider sole (the bottom of the club) that will hopefully allow the club to slide across the ground a bit more, rather than digging in.

There are lots of benefits that come from having an oversized iron. These irons feature a bigger sweet spot. So, when you mishit the ball a little bit, it should go further and straighter than a more difficult club, which will punish you mightily if you don’t hit the ball right in the center of the face. Also, with a bigger club, designers are able to hide more weight inside the club, and distribute that weight to the right places. This weight will help to keep the club straight and stable at impact for straighter shots, and most manufacturers will also put weight on the bottom of the club, which will help a beginning player get the ball airborne easily.

So, what is the best set of irons for beginners?

Well, it depends… Are you looking for a solid inexpensive iron set that will get the job done, or do you want to make sure you have a complete set with everything you need including a bag and putter? Don’t worry, either way we have the set for you! 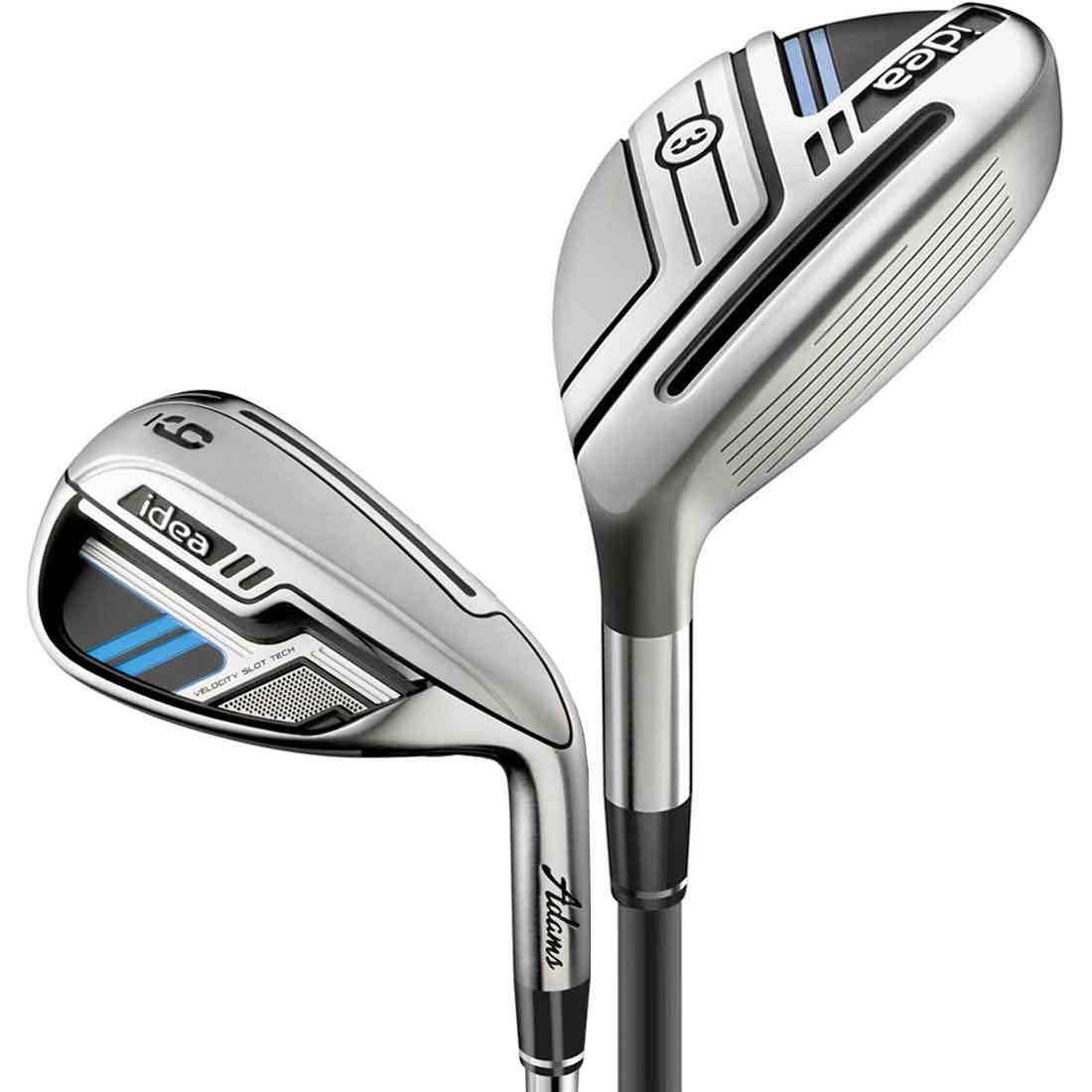 Adams Golf and their new Idea irons gives you a set that is sure to be, for mid and high-handicappers, exactly what a game-improvement set of irons should be – more forgiving on mis-hits. 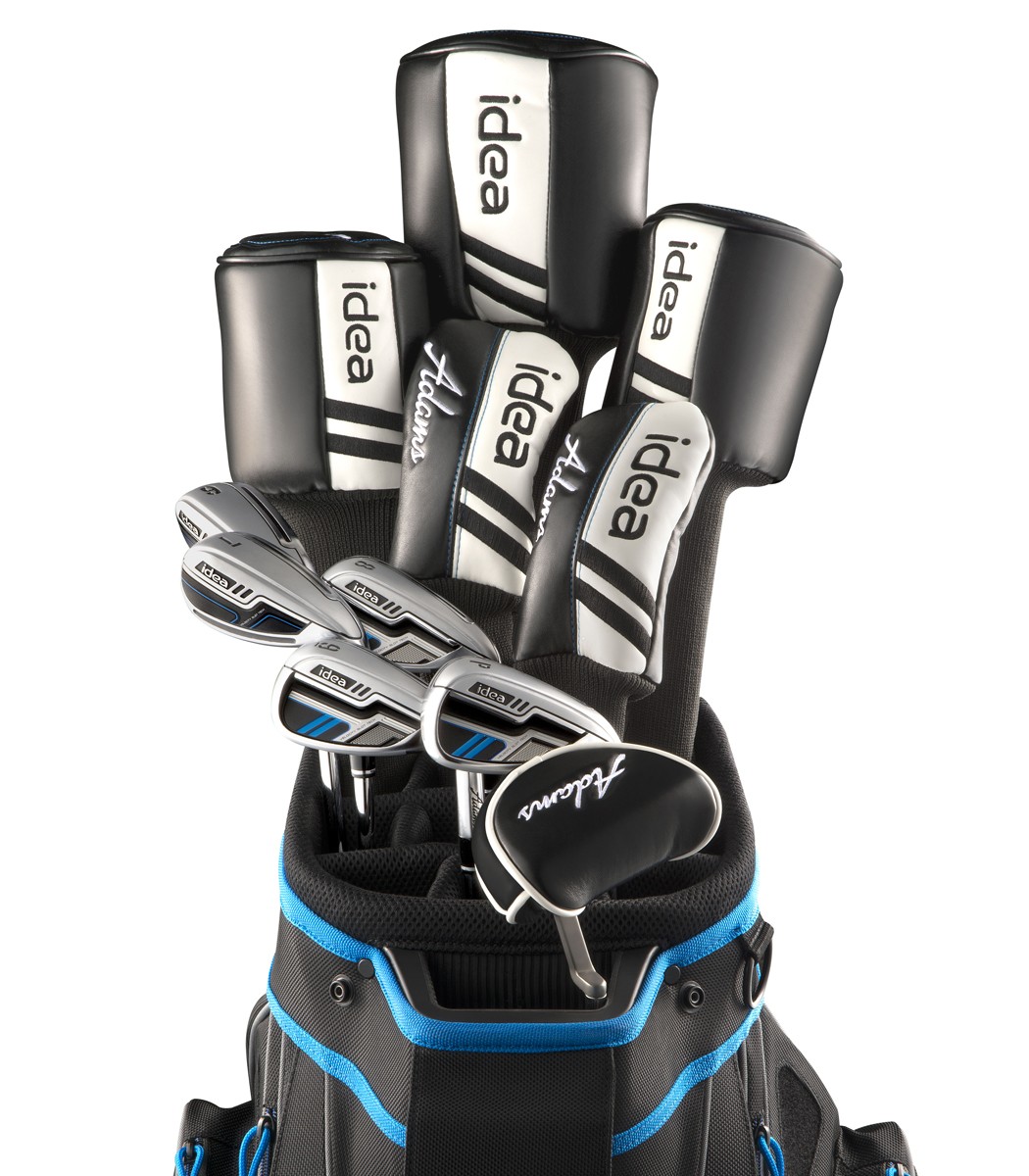 The Idea Complete Set is everything you need for the course, now with Adams Golf’s patented and game-enhancing slot technology going through the set. This full set will make the game more fun and enjoyable for you.

But can you grow with these clubs? I wouldn’t worry about that quite yet. It usually takes even the most talented players a few years to get to a point where they would outgrow a set like this. The only reason (other than ego) that a player would benefit from a harder to hit set is if they really like to hit big hooks and fades, or need to hit the ball lower. “Super” Game Improvement Irons are built to hit the ball high and straight. High and straight works for me. The game is difficult enough already, and I will take all the help I can get. Sure, a handful of years down the road, you may get to a point where you want an iron that can do a few more tricks. That said, one of the most common mistakes I see is players opting for a difficult iron too early in their progression as a golfer. If you select a difficult iron and you aren’t quite ready for it, your scores will suffer, thus taking a lot of the fun out of the game.

How can you identify “Super” Game Improvement Irons? First, look at the size. A bigger, bulkier club should do the trick. Also, a lot of these types of club use what they call “hybrid technology”. This means they have the technology of a hybrid club (an easy-to-hit mix between an iron and a fairway wood). You want this technology, it simply makes the clubs so much easier to hit. 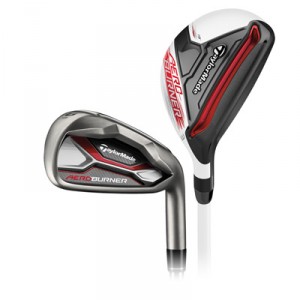 Take a look left at a “Super” Game Improvement set with hybrid technology, like these TaylorMade AeroBurner Combo Irons. The first that the clubs are larger, especially on the sole. This will make the set much more forgiving. Being that the 3, 4, 5 and 6 irons are longer shafts, making the heads larger allows a beginning player to have much more success with those longer irons. With this TaylorMade set, the 6 and 7 are also wider than the 8, 9, and PW. This will make the 6 and 7 iron much more forgiving than a traditional 6 and 7, which should lead to better shots, lower scores, and more fun! 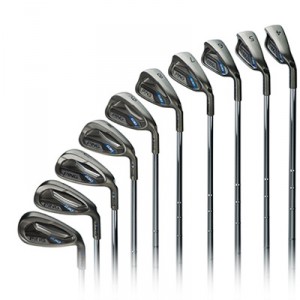 Now, I’m going to show you what a very good conventional iron set looks like here, using the Ping G30 Irons as an example. To the right, you can see what all of the irons look like. These are very good irons for a decent player. However, you can see that all of the clubs in the set are basically the same. There is little variance in the size of the clubhead, sole, and blade length.

Almost all of the manufacturers now are building sets that are putting hybrid technology into the hands of the beginning player. Look for word “Hybrid” in the description for your iron set. Some companies will use the word “Combo” instead. This means that the set is a combination of irons and hybrids. If a company is going to offer hybrids, take them! Even better players now are taking out the harder-to-hit longer irons and replacing them with the much easier-to-hit hybrids. Technology never hurts. Companies are also starting to offer much better pricing on their hybrid sets, and you can often find some of the previous year’s sets at closeout prices, which is a larger challenge to find with clubs that are built for very good players.

There is no reason to be overwhelmed as a beginner in this game. Use some of that new technology and the tools available to your advantage. Check out the GolfDiscount.com Instruction Academy, and the 2015 Iron Guides for in-depth reviews from our expert club tester, Bob Gomavitz, to determine the set of irons that will suit your style and skill level. This game is supposed to be fun for all, and everybody was a beginner at some point.

Most importantly, get out there and start having some fun!