When you think of Mizuno Irons the first thing that comes to mind is their infamous MP lineup. This season Mizuno offers two new additions to the historically potent lineup of forged irons, the MP-5 and MP-25. New to the JPX EZ lineup, their more forgiving series of clubs, Mizuno adds a forged and a cast set of irons, and also a new edition of woods and hybrids. 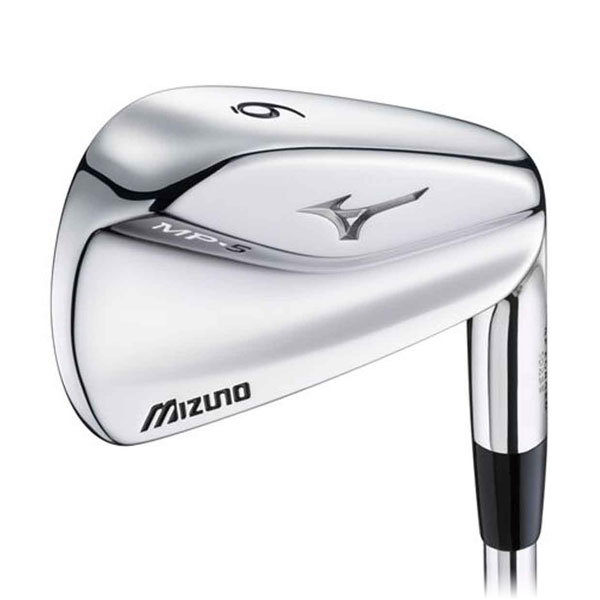 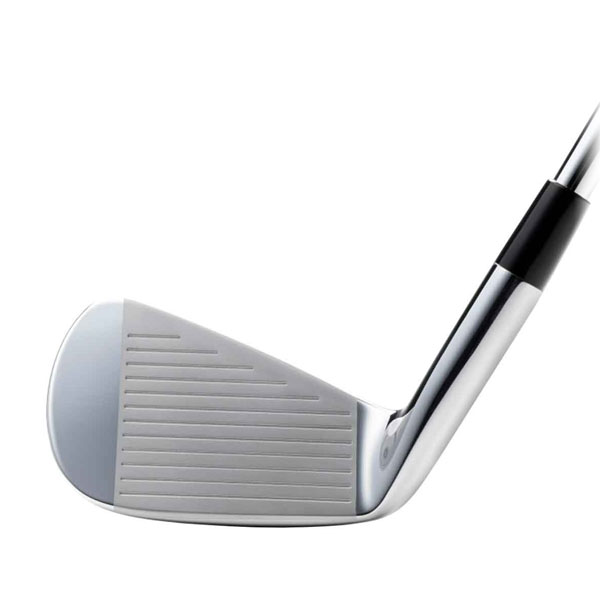 A true player’s club here. Plus and lower handicap players who sense the quality of the strike and prefer the feel of high end forged irons. Those above a 6 handicap beware, it isn’t that this club is not right for you, but you might struggle with the smaller sweet spot and mishits.

Being on the border line in ability to play these I found them fun to test. Buttery feel, crisp strikes and a higher ball flight were the first things that stood out, aside from their stunning looks. Having grown up playing blades, I would have gamed these back in the day without a doubt. I like the Channel Back design as it put more weight where it should be. A true Players Club indeed! 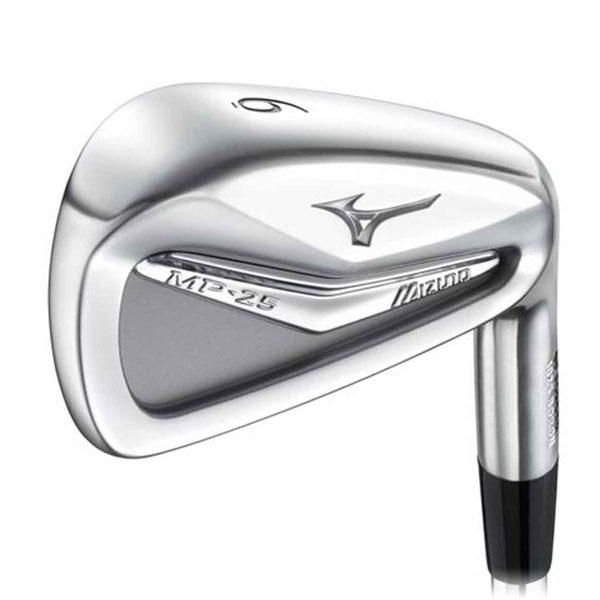 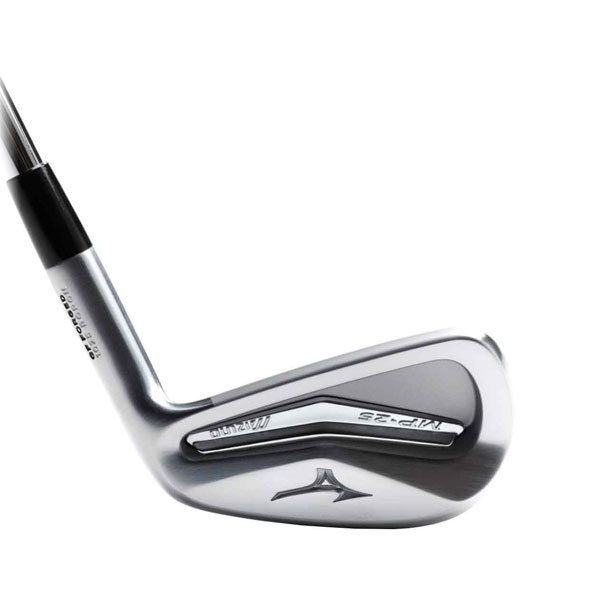 Grain Flow Forged Boron is 30% stronger material delivering soft, solid, consistent feel. Micro-Slot Technology in the 3-6 irons feature milling the head from the sole up creates a micro–slot that activates the strength of the 1025 Boron material for added distance and increased forgiveness. Solid 1025 Boron Muscle Design in the 7-PW enhances feel and shot-making maneuverability.

The MP-25 will fit right in for those players looking for the forged iron feel, but with enhanced forgiveness and launch in the long to mid irons. Great for Plus to 10 handicap players.

Just as gorgeous as the MP-5’s at address, the MP-25 hides its added bulk nicely. The added bulk allows for increased forgiveness on mishits and an increased launch angle, which I felt and saw. A great addition for the player that just does not see the true sweet spot enough to play the MP-5’s. Interestingly enough, I found that I personally liked the MP-5’s better but could not put a finger on why because the MP-25’s are more suited for my game. 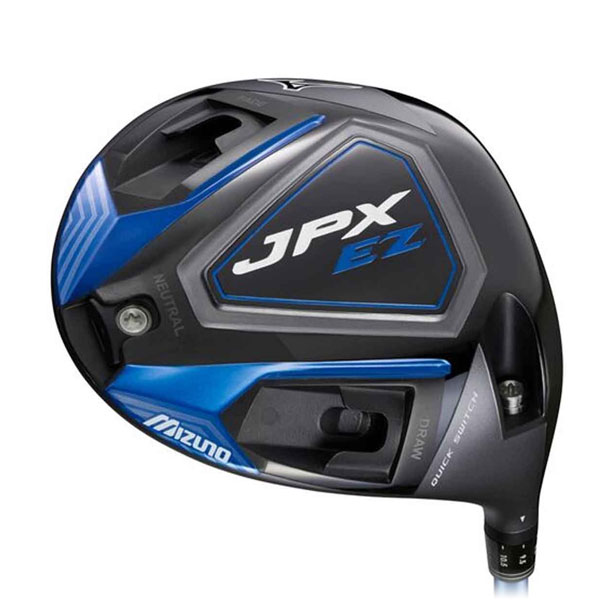 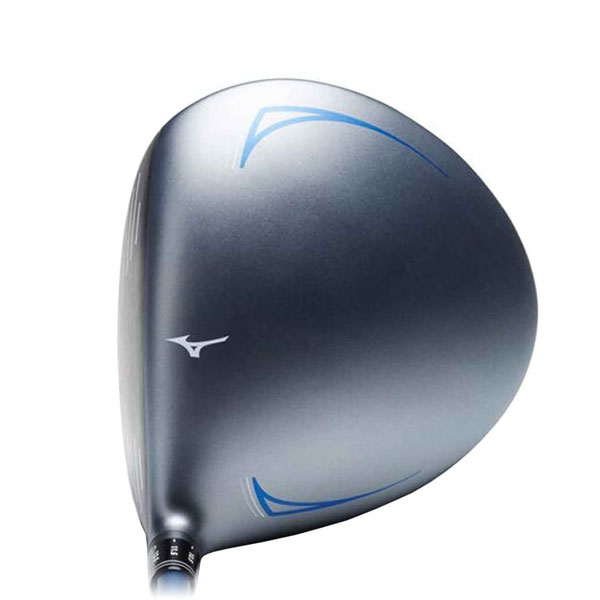 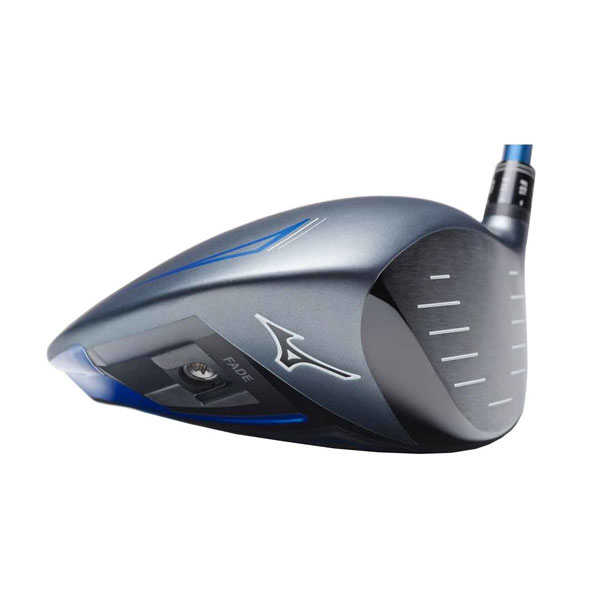 Fast Track Design uses a 10 gram weight in one of three ports, (draw, neutral, or fade) and you can instantly notice the changes to the JPX EZ Driver to dial-in ball flight. Massive MOI design optimizes this internal head for weight distribution low and deep in the head to deliver extreme forgiveness in a high, easy ball flight. The Rebound Crown eliminates the stepper area around the clubface, allowing more flex for greater ball speed and distance.

The JPX EZ Driver has a larger footprint and higher launch which will appeal to the Mid-Low to Higher handicap players who like the 460cc head size and a lighter overall weight. Also, this is good for players who like to adjust their driver to find optimal launch conditions.

Mizuno does a great job at being different when it comes to Colorways. The EZ driver features and an appealing gray crown with some semi-busy graphics that help you frame the ball at address. The size and shape are on par for a 460cc driver at address. Even with the driver set at 8.5 degrees I felt that the face seemed closed and my results confirmed this hunch. I had issues not hitting the ball left, even with the weight in the Fade position. Everything else was spot on in terms of feel, feedback and launch angles, but I could not shake the continuous hook this club produced for me. Let me be clear though, for many players this can be a good thing, but for my swing that is not the case. So, if you tend to miss a lot of fairways to the right this would be a great driver to check out. 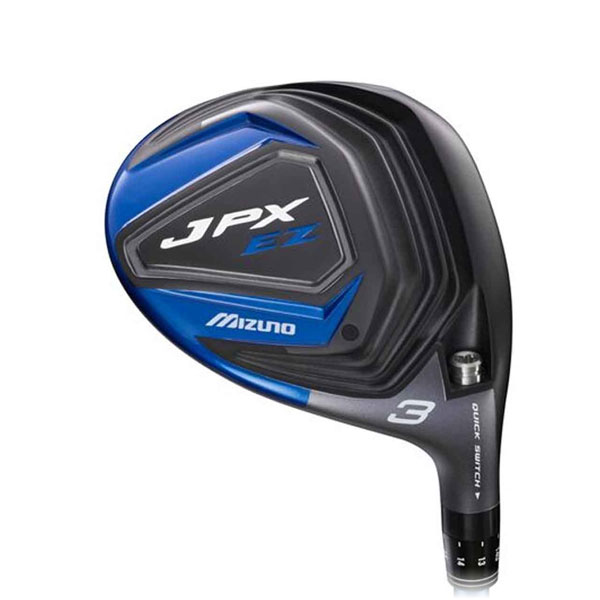 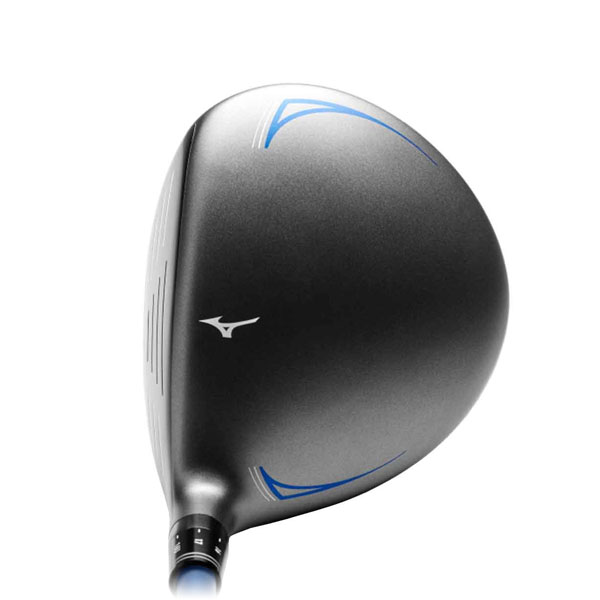 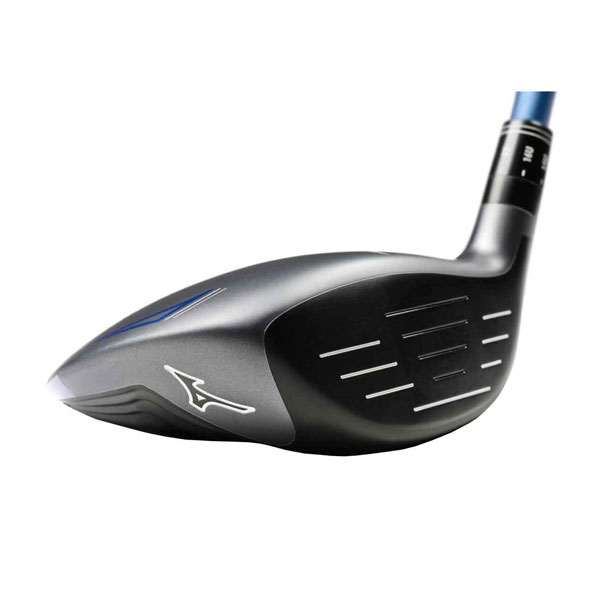 The Shock Wave Sole expands the COR area, especially lower on the clubface to deliver increased ball speeds and greater distance. The sole extends from the center of the sole to both the toe and heel. This adds weight to increase the MOI and lower the center of gravity and gives the club more forgiveness in a high, easy ball flight. An increase of mass in the head also lowers the center of gravity helping to maintain high ball speeds directly off the turf. The extended footprint design and increased head size is present across the full JPX EZ Woods series.

This fairway wood will be good for players looking for a larger, confidence-inspiring club that is on the lighter side. Heavier shafts can be custom ordered but I would suggest the JPX 850 since the heavier shaft comes standard.

Just like the driver, the gray crown really looks sharp and stands out on the larger, flatter-shaped head. Also like the driver, I had issues hitting to the left side of the range even though the face sat pretty square. The ball flight was not as high as I would have thought from the shape of this head, though it did produce a good feel and feedback from the strikes. 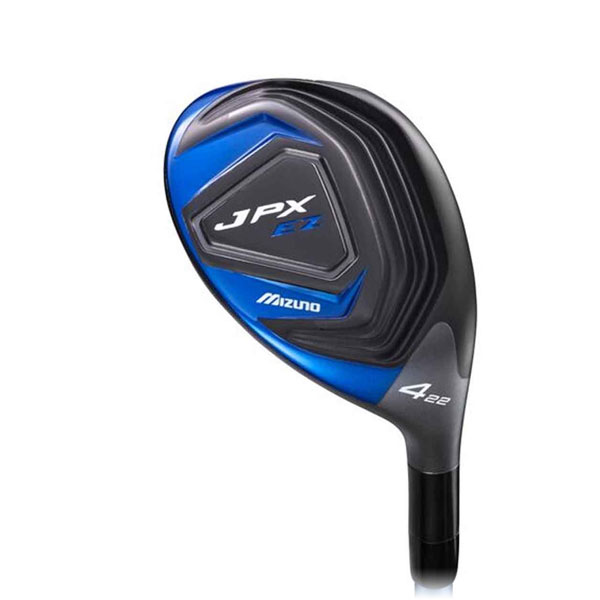 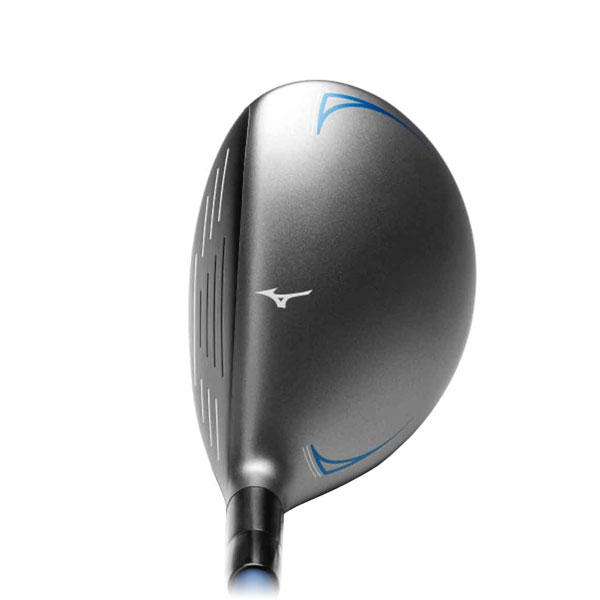 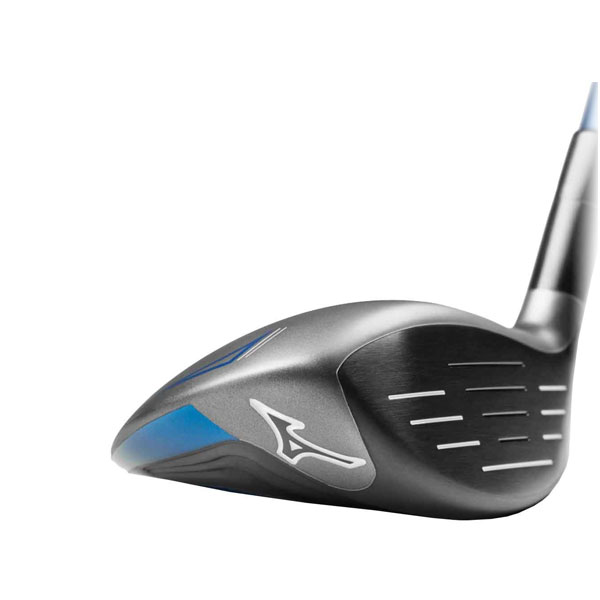 This hybrid can work for pretty much all levels of players, though high ball speed players might not benefit from the lighter weight shaft.

Technology-wise the hybrid is very close to the fairway woods, but without the adjustability. However, unlike the driver and fairway wood my shot pattern was not as far left with the hybrid. The extended footprint was on the larger size for my liking, but it should build confidence in the hands of those that prefer a slightly larger head size or who have trouble hitting hybrids. The club sat in my hands well and I found it produced more of a “drop and stop” type of shot. 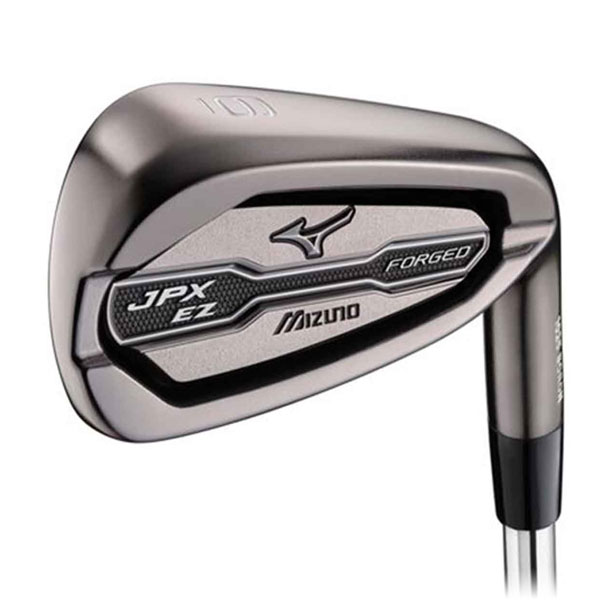 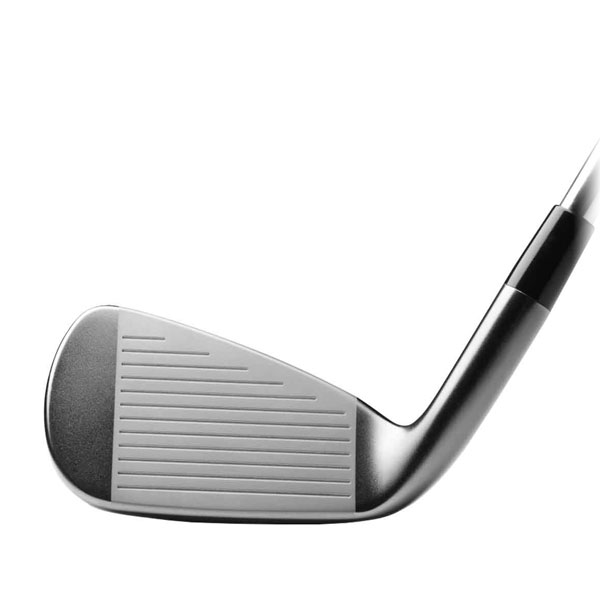 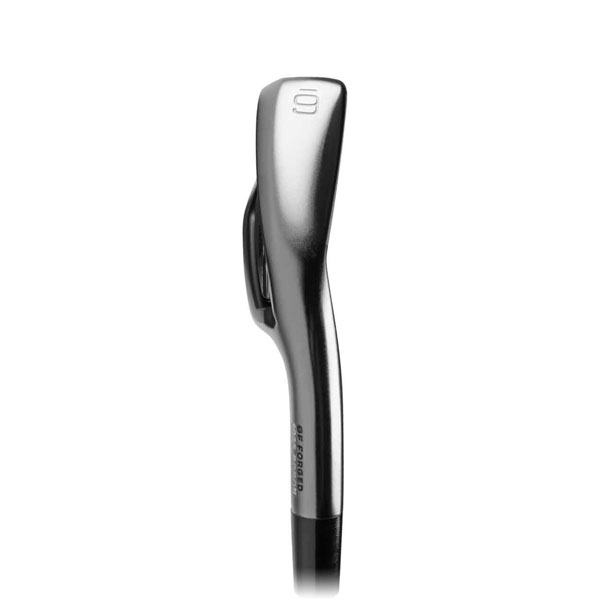 Grain Flow Forged 1025 Boron is a 30% stronger material for delivering a solid, consistent feel. The Power Frame strategically places weight in the four corners of the cavity to maximize forgiveness. Their Triple Cut Sole offers a softly beveled leading edge and hard cut trailing edge for hits that enter and exit the turf with ease and playability in all types of lies. The wider sole helps to lower the sweet spot delivering effortless ball flight.

This iron is for the Mid-Low (8) to Mid (18) level handicap players who are looking for max forgiveness but without sacrificing the feel and workability that comes from a forged iron.

I like the improved cosmetics compared to the previous model and the added weight placed in the toe area. For a forged head, the size is quite large but not so large that it looks overly chunky. This has an excellent, soft feel from the Grain Flow Forging even with this large of a cavity back, but not quite of soft as the Players irons. The ball flight was slightly on the lower side compared to most 6 irons that I have tested. Overall, great feel, feedback and even the ability to work the ball some. A nice niche club for those that want a forged feel with lots of forgiveness. 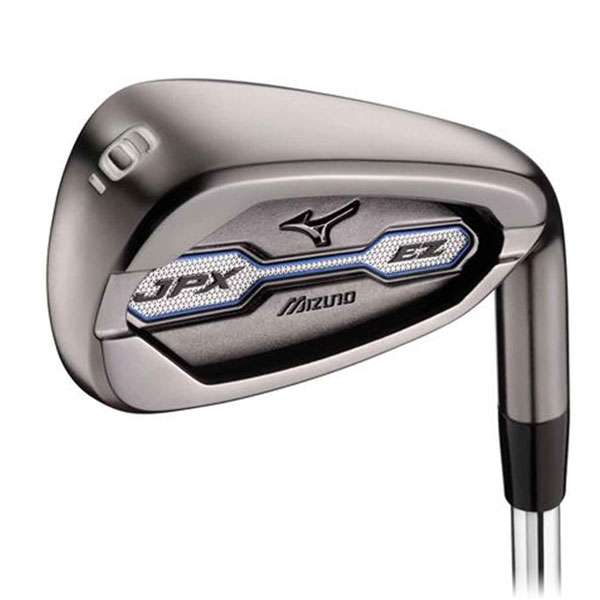 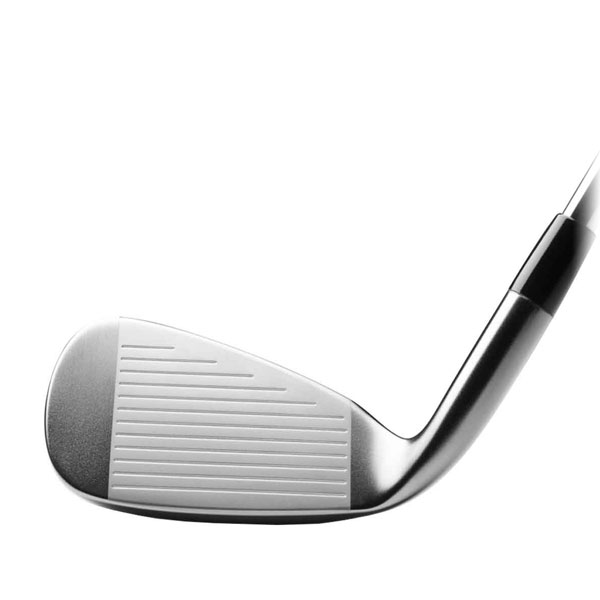 Having the largest sweet spot in the 2016 Mizuno Iron line-up, the JPX EZ is best suited for players with handicaps from 10-36.

At address, the JPX EZ looks very close to the forged version and has a lot of the same technology installed into it. The main differences, besides the chunkier sole area, are a much higher ball flight, more of a click sound at impact, more offset and a much firmer feel. It predictably played more like a Game Improvement Iron while the forged set was definitely a step towards a Players Cavity Back iron set.