Trending
You are at:Home»News»Bridgestone JGR Preview!
By Duffer on March 3, 2016 News, Reviews

From signing Tour pros Brandt Snedeker, Matt Kuchar, Fred Couples and LPGA star Paula Creamer to their e-series golf balls, which have become some of the most played balls by amateurs year after year, Bridgestone Golf has been making ripples in the industry for years now. The JGR series are turning those ripples into waves. Armed with the JGR Driver, Brandt Snedeker delivered an exceptional January, finishing tied for 3rd at the Hyundai Tournament of Champions. A week later he followed it up with a runner-up finish at the Sony Open and bested the field at the Farmer’s Insurance Open two weeks after that for his 8th career win.

Check out why the brand new line up of Bridgestone JGR Woods and Irons are some of the most anticipated clubs of 2016!

First off, the JGR Woods are visually stunning! They feature the same Power Milled Face innovation as the J15 Driver, but with a twist. Unlike the symmetrical horizontal grooves of the J15, the JGR Woods feature arc-shaped grooves that get closer together lower on the club face creating less spin on drives, and vertical grooves on the heel and toe of the face for less side spin on mishits. Flexibility in the crown creates higher launch and spring for increased ball speeds. The speeDARC makes the sole more rigid and gives the crown a more stable base to flex against. Interchangeable weights in the rear and heel of the driver give it the ability to adjust the trajectory from higher with more carry to a more piercing ball flight with greater roll out. The best news for the average amateur player? These woods are designed for the mid- to high-handicap players! 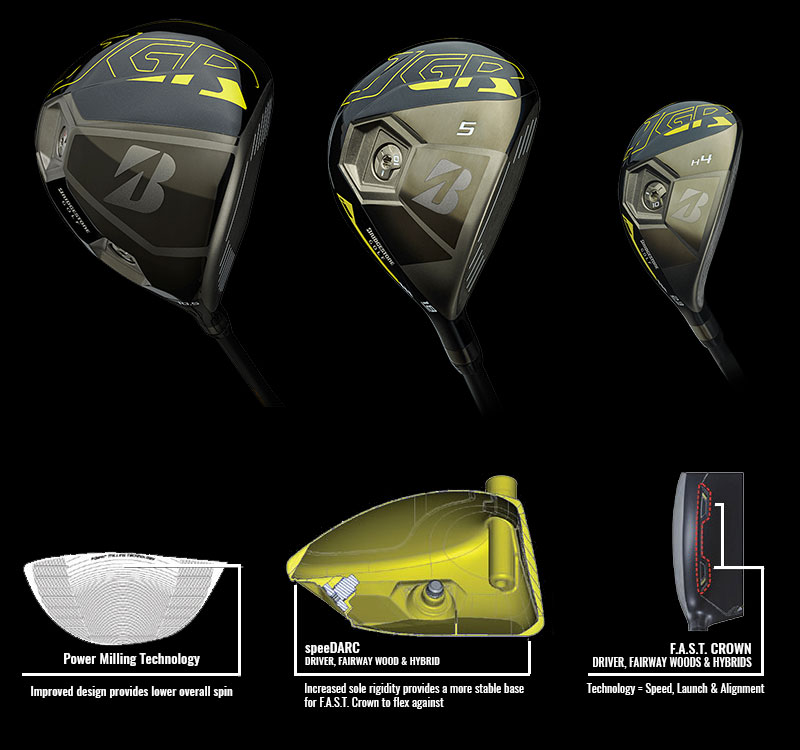 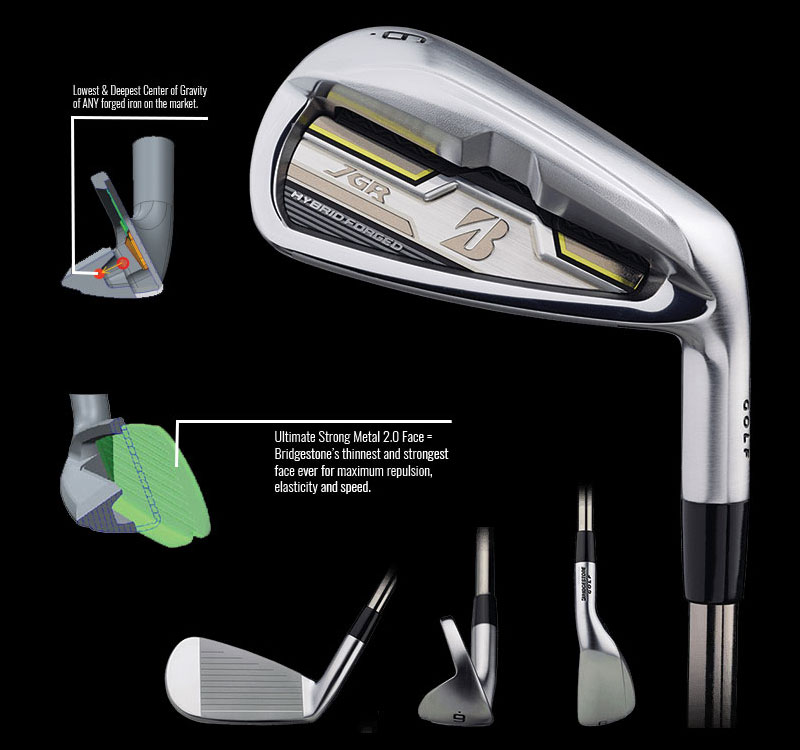 The Bridgestone JGR Irons are a hybrid forged Super Game Improvement Iron with a wide sole. The hosel, sole and body of the irons are forged out of carbon steel, but the ultra-thin, high-strength steel face that wraps around the leading edge is the key of the JGR iron’s forgiveness and distance. The width of the sole is engineered to place weight low and back which makes it a cinch for players to get the ball in the air. Bridgestone boasts this has given the JGR a high launch angle with the lowest Center of Gravity of any forged iron. Lastly, Bridgestone introduced a rubber composite into the cavity badge to minimize vibration. These irons are great for any player looking for a boost in distance and needing help consistently getting the ball into the air.