GolfDiscount.com presents the brand new TaylorMade M1 series of “Unmetalwood” Drivers, Fairway Metals & Rescue Clubs. Featuring innovative weighting systems and hosel adjustability for loft and lie, players will have the ability to really dial in these clubs to their swings. The drivers and fairway metals are composed of a brand new multi-material crown that produces their longest, most playable woods ever! Players will go wild for the addition of carbon fiber to the crown which reduces the weight of the club head and improves launch conditions. Check out what our Expert Reviewer, Bob Gomavitz, has to say about the new TaylorMade M1 series. 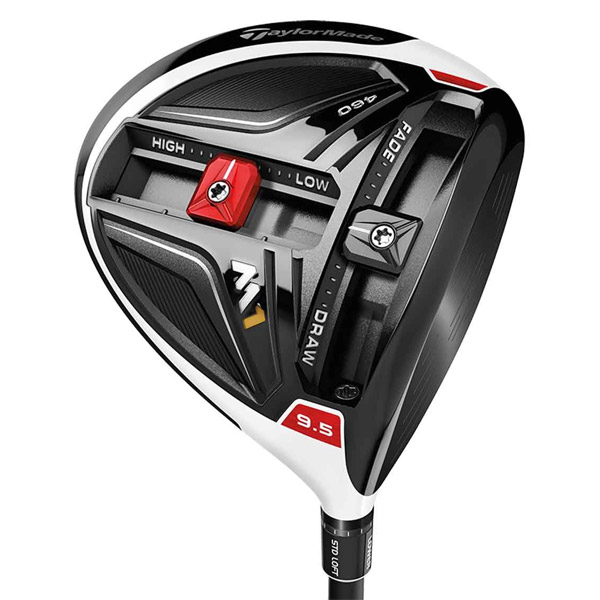 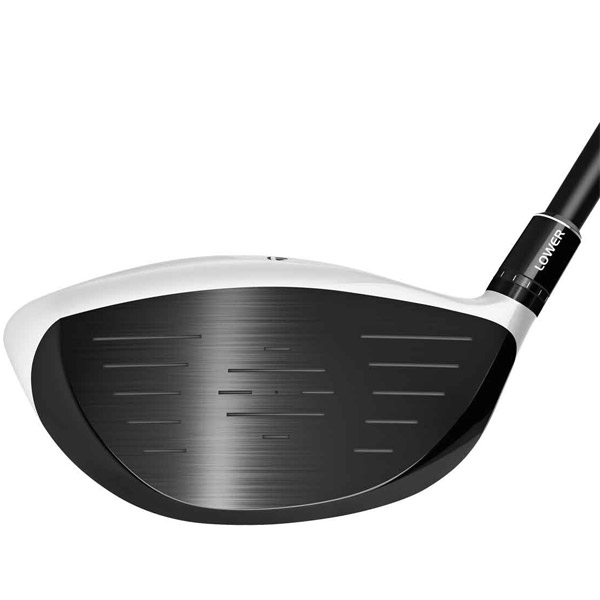 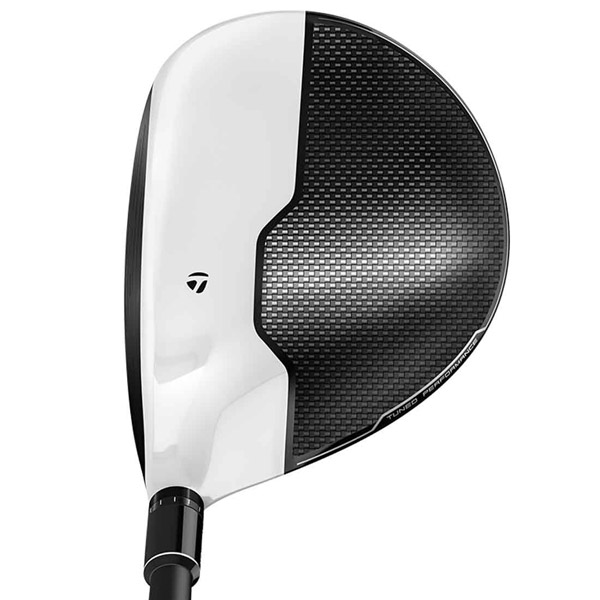 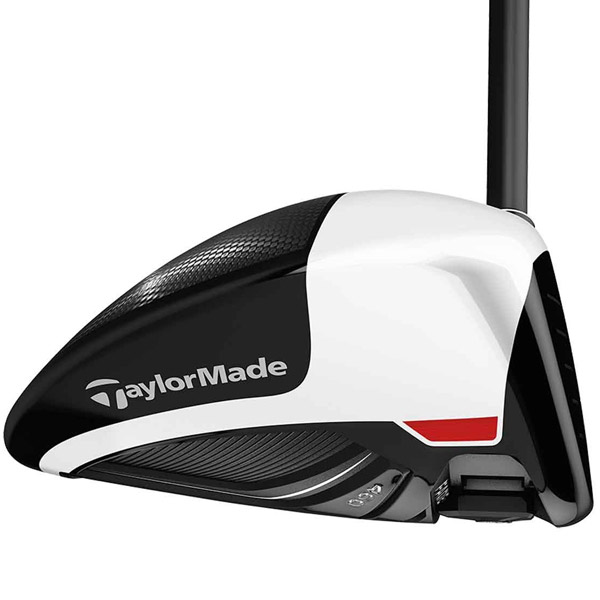 The new M1 driver is now a multi-material head with the addition of a carbon fiber crown section, saving about 6 grams of overall weight. With enhancing launch conditions in mind, this weight reduction in the crown allows TaylorMade to redistribute those 6 grams into the new T-Track system creating an even lower Center of Gravity. The front track of the T-Track system allows players to move 10 grams of weight across the face setting up a max Fade or Draw Bias, or anything inbetween. The 10 settings inside of the two polar settings reduce the bias, or on the center setting, create a True Neutral Bias. The front to back Track is also new, which allows players to move a 15 gram weight towards the back of the head or towards the face. Moving the weight towards the face creates a Low Forward CG which reduces spin and loft. Moving it back creates a higher spin rate (about 300 rpms) and a higher launch angle.

The new M1 460 driver will accommodate a large group of players. The addition of the T-Track system will allow the majority of players in need of a more Rear CG driver over TaylorMade’s previous Forward CG only drivers like the SLDR and R15. Better players looking to reduce spin while maintaining optimal launch conditions will take full advantage of the front to back weight. By moving it towards the face they’ll reduce their spin rate with a slight increase of loft over the SLDR ad R15. Those with slower swing speeds will need to make sure that they have the proper shaft, and can choose from 28 no upcharge shafts offered with the new M1 Driver.

The addition of carbon fiber to the crown creates a stunning visual effect and produces a super easy alignment to the ball. The white on the crown is a glossy white, which creates a bit of a shine, but looks great next to the rich carbon fiber. The sound and feel have also changed for the better. There is less of a “tin” or “pinging” noise at impact, it had a much more muted sound which was very appealing to the ears. With the addition of stabilizing bars inside the head the feel as well is quite different, and the carbon fiber will dampen the feeling to your hands.

The ball felt lively coming off the face, but not in a sense of jumping off the face. Visually, with a very swept back crown, slightly deeper face, and a flatter sole than past offerings the head shape seems more aerodynamic. The ball flight was excellent! The M1 produced a nice, mid-high flat trajectory with good rollout. Even with the COR restrictions, some players will see gains in distance with the proper set up that matches their swing styles.

I had some minor control issues during my testing. I attribute this to simply not having enough time to dial it in 100%, but I feel confident that I could dial it in fairly quickly based on some shots that I hit. TaylorMade now is offering consumers various shaft options ranging from lower to mid and higher launch characteristics. With 28 shafts available without an additional upcharge players will have no problem customizing the M1 Driver to their personal specifications. 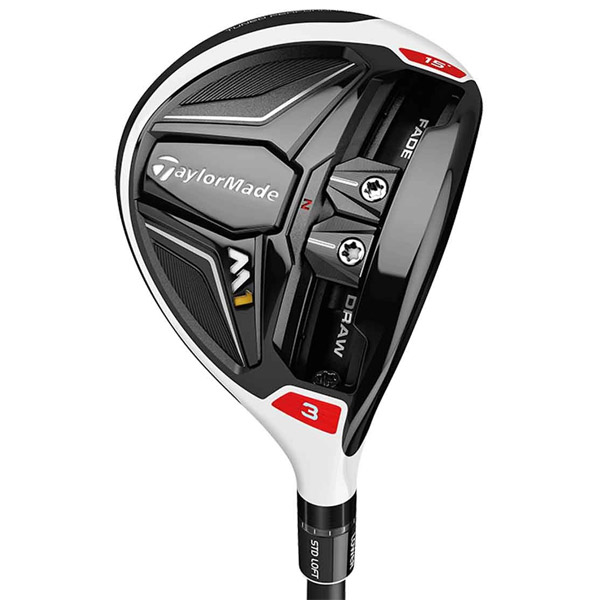 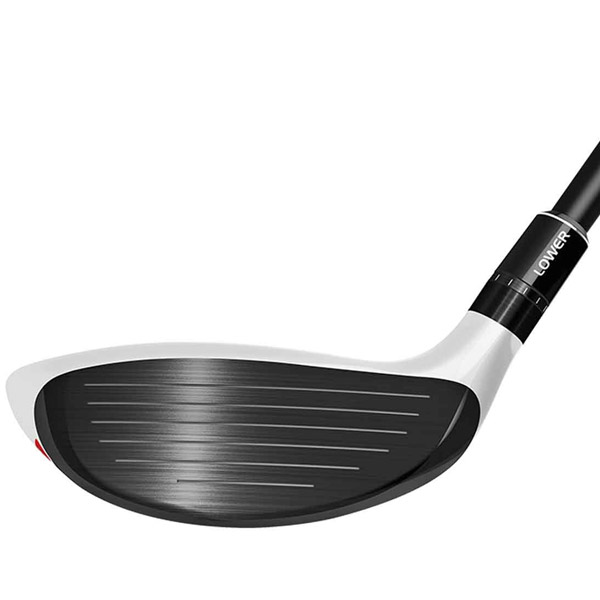 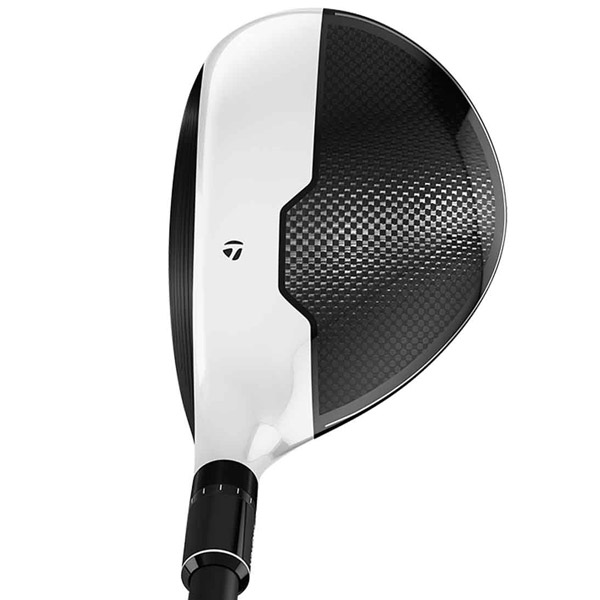 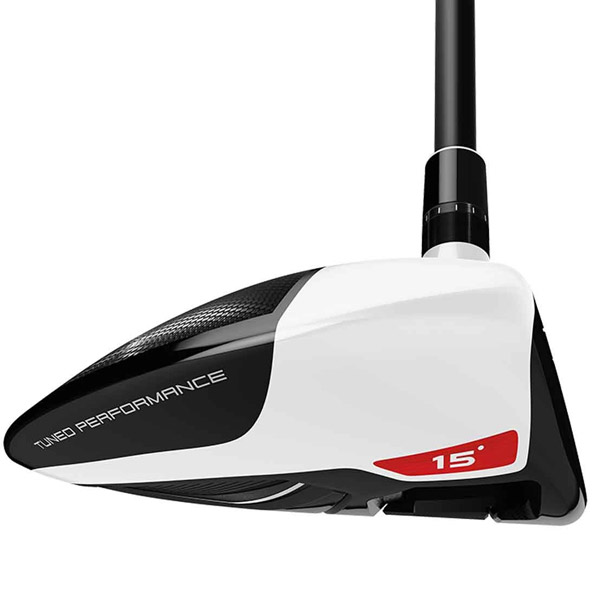 I saw a slightly higher launch angle with less spin when I teed the M1 Fairway up. It has a nice, penetrating ball flight that felt really solid.

The 15-degree head I tested elevated the ball from a pretty tight summer rules lie fairly easily and with a mid trajectory. Some players might want to see a higher launch, and if that is the case I would suggest the 16.5-degree head for that.

With some weight being removed from the crown and redistributed to the sole area, this only increases the playability of the M1 from the rough. The slightly smaller head size even allowed the 15-degree head to glide through the rough nicely.

The new M1 fairway metals will appeal to the majority of golfers out there who are looking for max adjustability, excellent launch, lower spin rate numbers, with superior looks and feel.

Being an owner of a TaylorMade fairway metal (RBZ), I found the new M1 white glass finish next to the rich carbon fiber inlay appealing to the eye. The shape of the head was maybe slightly smaller (150cc 3 wood) than a so called standard-sized 3 wood. The face showed a little bit more bulge and roll (slight curvature from heel to toe, sole to crown) than past offerings.

A few things stood out for me during the testing. The most important one was the feel. The M1 is the most solid feeling fairway head I have tested to date! The other thing that stood out is a possible fade bias, which some people are looking for from their fairway metal, especially off the tee. With a multitude of face angle settings, even with a slight fade bias players can fine tune this head to play as they please. The stunning looks, the incredible feel and the playability will make this high on any player’s must try list. 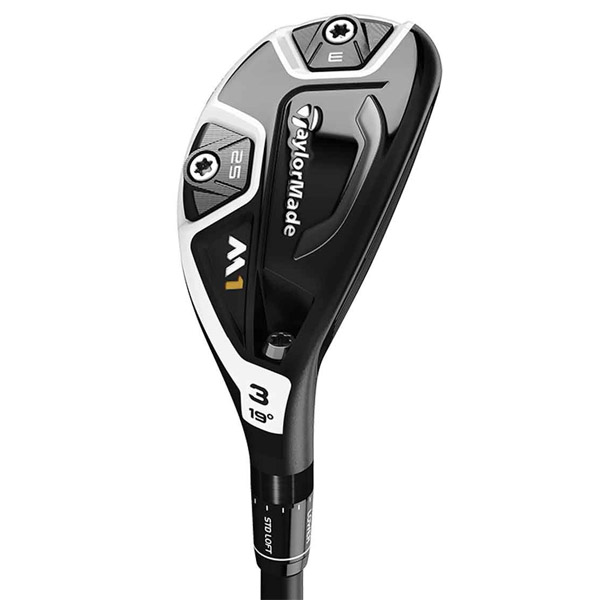 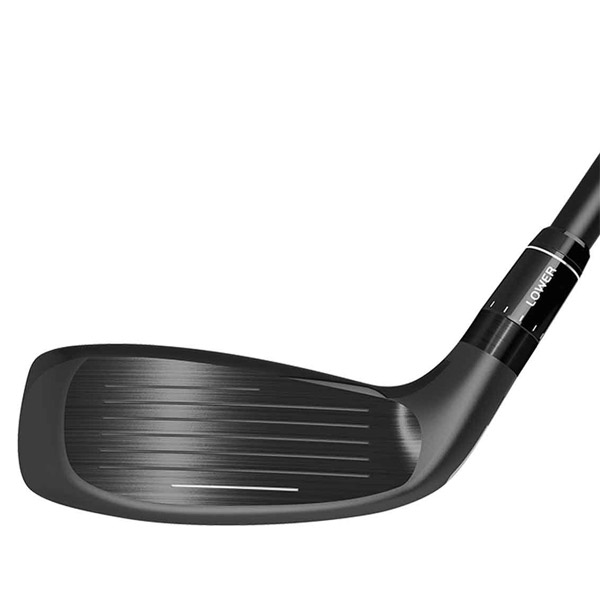 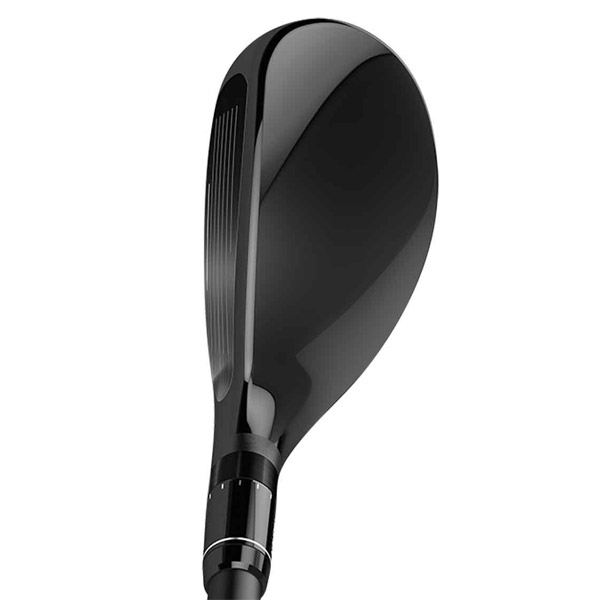 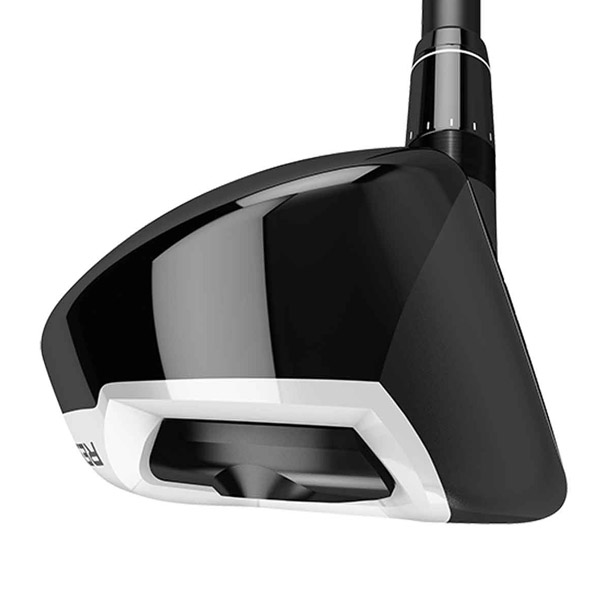 The new TaylorMade M1 Rescue, with its glossy black head features dual adjustable weights, as well as their Speed Pocket Technology behind the face. The M1 Rescue does not incorporate the new Carbon Fiber Technology like the driver and fairway metal because not enough weight reduction can be achieved. The weights come with a 25 gram weight and a 3 gram weight. When the 25 gram weight is centered behind the face it produces a Neutral position. Moving the 25 gram weight to the toe area creates a Fade bias position to offset the slight Draw tendencies that come from many hybrids on the market.

I saw a higher than normal ball flight with more of a drop and stop trajectory. Moving the heavier weight towards the toe lowered the flight and reduced some spin to produce an increase of rollout.

Just like off the Tee, I saw a higher that normal ball flight than I am used to. Most rescue or hybrid players prefer this type of shot because they want the club to perform like an iron when hitting into greens. This head definitely does that.

The new head shape really works well from lies in the rough and is my choice over a fairway metal. The smaller sized head cut thru the rough with little toe grab.

The new M1 is more of a Players Rescue (Hybrid) with its ability to create a strong fade bias, along with the drop and stop trajectory that allows for precision shot making into greens. The head is more along the Adams line which has been a popular players club for many years.

I found the new M1 Rescue to be easy to hit with a very solid feel and gave great feedback to my hands. The glossy black head, with an Adams inspired box toe area really stands out. I love that TaylorMade added in some white along the backside and sole area, creating just the right combination of contrast against the dominant black head.