The 2018 Ryder Cup is around the corner, and the European Ryder Cup team—well, four of the players—had a good laugh at the expense of their captain, Thomas Bjorn. Call it team bonding or, better yet, team pranking.

The title of the above video is “Stitched Up!”, which, in this instance, means to be tricked or made to look foolish. “Never ever trust Rory McIlroy,” says Ian Poulter, laughing, at the outset.

During a car ride in a new BMW, McIlroy, the driver, calls Captain Bjorn.

“They’ve got this cryotherapy chamber at the golf course this week,” Rory tells Bjorn, “and I used it on Wednesday because I was feeling a bit tired and it’s been a long season. I go out on Thursday and shoot 62.”

Rory goes on to mention that Tommy Fleetwood “used it on Thursday and goes out and shoots 62 on Friday and Saturday.” 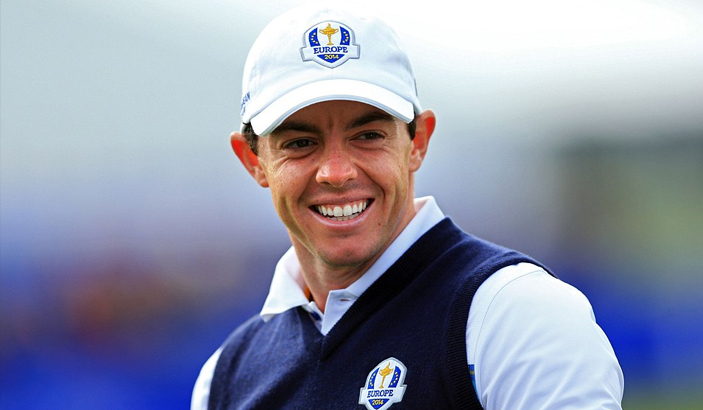 “Obviously, the Ryder Cup is a long week,” Rory continues. “I think the one that they said they’re using this week is 20 grand. We might be able to get a few for the Ryder Cup. It might just give us a little edge.”

Practically in tears, Stenson, Poulter and Fleetwood try to contain themselves.

“I think it would be great for recovery,” Rory adds. A moment later, he says, “It would be ideal if we could get, sort of, one each, but obviously I know that’s a bit of an ask.”

The call ends. Captain Bjorn has been “stitched up.” 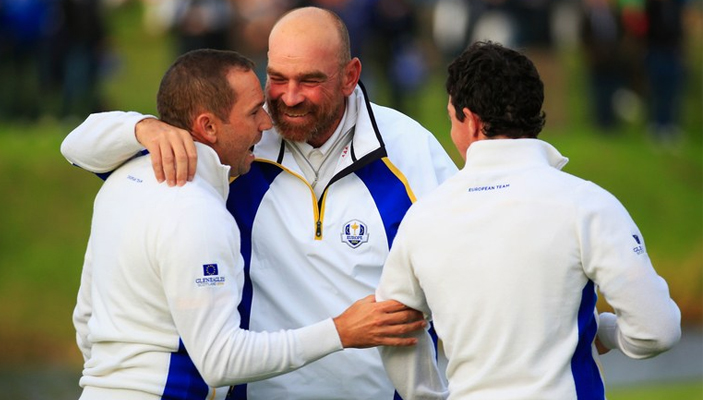 There are other fun moments during the car ride. Stenson explains the Ryder Cup to rookie Fleetwood.

“It’s not really what it seems,” Stenson explains. “When you’re coming in as a rookie, it’s all about serving the more established players. Drinks, towels, make sure the bed linen is changed. And all that stuff.”

Poulter adds, “Making sure the shoes are clean.”

The European players are certainly known for their fun-loving camaraderie. And one of the things they love most is beating the Yanks in the Ryder Cup. How will the biennial matches turn out at Le Golf National in Paris? We will know soon.