Trending
You are at:Home»News»What’s In The Bag: Kevin Tway, 2018 Safeway Open Champion
By Keith Schneider on October 8, 2018 News, The Pros

The 2019 PGA season is under way and we’re already firing on all cylinders! The Safeway Open at the Silverado Resort in Napa, California bore witness to a first for a first. Kevin Tway, son of famed PGA professional Bob Tway, won the first tournament of the PGA season for his first career PGA Tour victory. This is the 8th father-son combination to win on the PGA Tour since 1900.

On a blustery Sunday afternoon, what looked to be Brandt Snedeker’s tenth career victory abruptly saw the 54-hole leader falter, surrendering a 5 shot lead with 11 to play. Ryan Moore, who teed off 40 minutes before the final pairing took full advantage, firing a 5-under round of 67. At 14-under, Moore, the leader in the clubhouse, was 1 stroke ahead of Tway and tied with Snedeker as the final group headed to the par-5 18th. 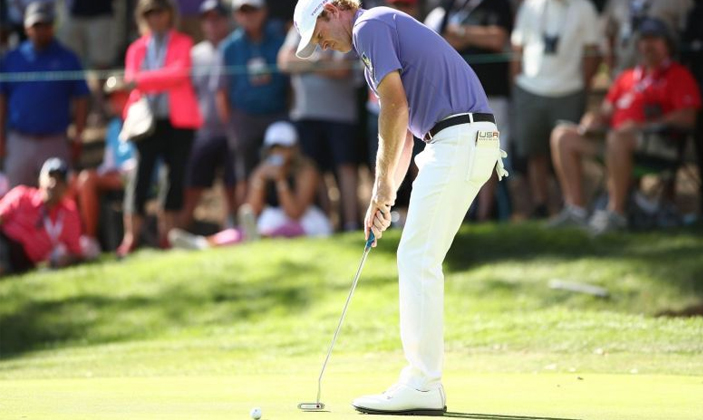 Snedeker gutted out 4 gritty shots and put himself within 3 feet for par on 18. Following a solid drive, Tway found the green with his second shot and earned himself an eagle opportunity to win the tournament in regulation. A solid try, however it never quite found the right line and he tapped in his birdie, tying Snedeker and Moore at 14-under par for the tournament. The three men headed back to the 18th tee for a sudden death playoff.

Moore and Tway hit their third shots close setting up make-able birdie opportunities, while a heavy chip from the thick rough behind the green left Brandt a longer putt for birdie. Ultimately, it was not meant to be for Brandt as his putt was always right. Tway and Moore would birdie and Snedeker was eliminated.

After birdieing the 18th once again, Moore and Tway headed to the 10th. On the third hole of the playoff, Ryan’s putt from just short of the green tracked the whole way, but ran out of steam a couple feet short of the hole. Kevin knocked in his birdie (his fourth in a row) and triumphantly, yet subtly pumped his fist in celebration.

Kevin uses a mixed bag of clubs. Yet another first, this week Kevin earned Mizuno their first Tour win with the new JPX 919 irons.