Titleist golf has introduced five new irons and two new hybrids for 2016. The AP1, AP2, CB and MB from the 2014 lineup have fresh new looks, plus the all new addition of the T-MB version. The two new hybrids, the H1 and H2 will produce two different shot shapes from two distinctly different looks. Be on the lookout for the new drivers and fairway woods expected in late 2016 to complete the lineup. 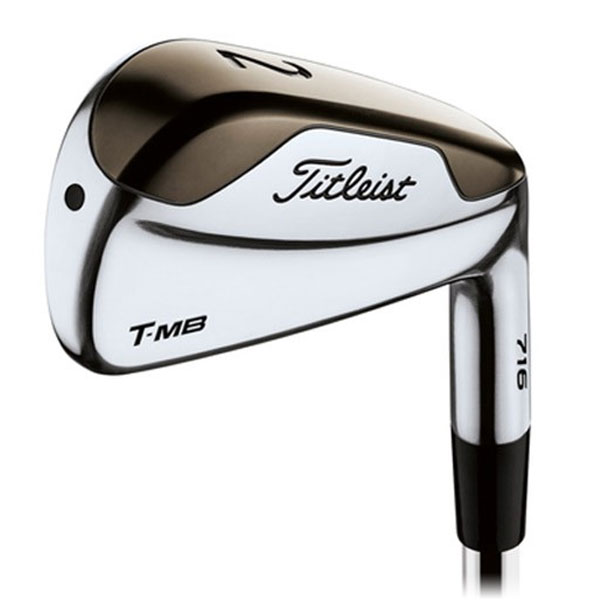 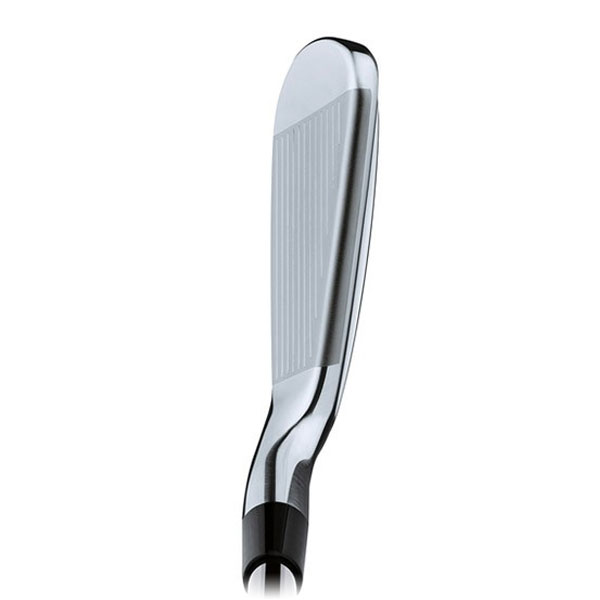 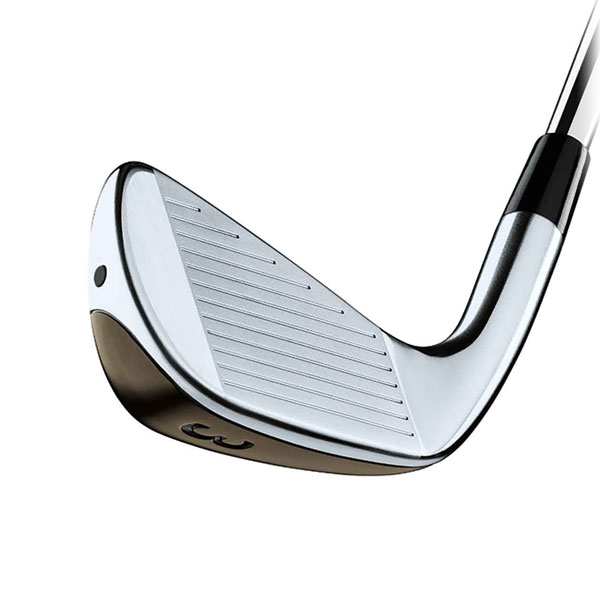 The brand new T-MB Irons are all about speed and launch from a thin, fast face for maximum distance. Titleist has placed high density tungsten weighting on the sole to create a center gravity that is low and deep on the clubface. This allows players to produce a stronger loft resulting in higher launch angles, lower spin and more carry. The muscle back and tungsten weighting also give these irons added forgiveness and higher ball speeds on off-center strikes.

The T-MB Irons are designed mainly for players that need help launching the ball higher and carrying longer distances. Many players may choose to combine the long irons (2-5) with another version of Titleist irons, while others will go for the whole set. In either case, these players prefer the look of blades but want or need more forgiveness.

Combined with the True Temper Dynamic Gold ATM shaft, the T-MB Irons really excel in the 2-5 Irons. Testing the 6 iron also proved to me that this version can also be played throughout the entire set. I found this head to produce a nice consistent flight with an excellent solid feel. One of the easier irons that I have hit this year without a doubt! I loved the looks and really enjoyed the two tone Colorway with a Dark Gray/Black sole. The Dynamic Gold ATM shafts really make the long irons elevate quickly and land softly. Another benefit being they are easier to swing as the shaft gets lighter the lower the number while also producing more launch with the lower number irons. The T-MB irons offer a great combination of feel and forgiveness in those somewhat hard to hit long irons. 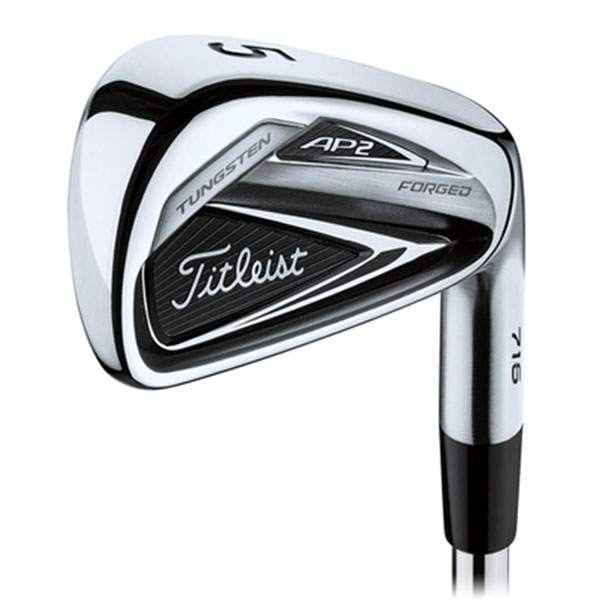 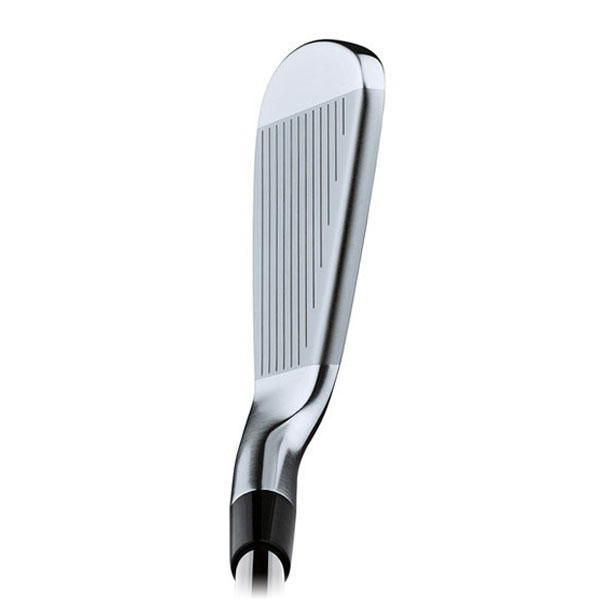 Titleist’s self-proclaimed most advanced, solid feeling and forgiving Tour players irons, the 716 AP2 irons use extreme high density tungsten weighting to position the center of gravity low and perfectly aligned at impact for more speed. A co-forged construction with tungsten weighting low and on the perimeter helps increase the moment of inertia on off-center hits.

With its design and features this is a true Players Iron. Players who demand feel and forgiveness without sacrificing distance, and want a blade look from their irons apply here!

My first look at the new 716 AP2’s told my mind that this version looked slightly smaller than the 714 version. Also, I noticed the tungsten weight right away. Like the 714s, the 716s are again a very solid feeling club, with excellent looks and cosmetics. The 716s have a slightly higher ball flight mainly due to the weaker lofts compared to so many strong lofted versions out there these days. Definitely one of the top players irons. 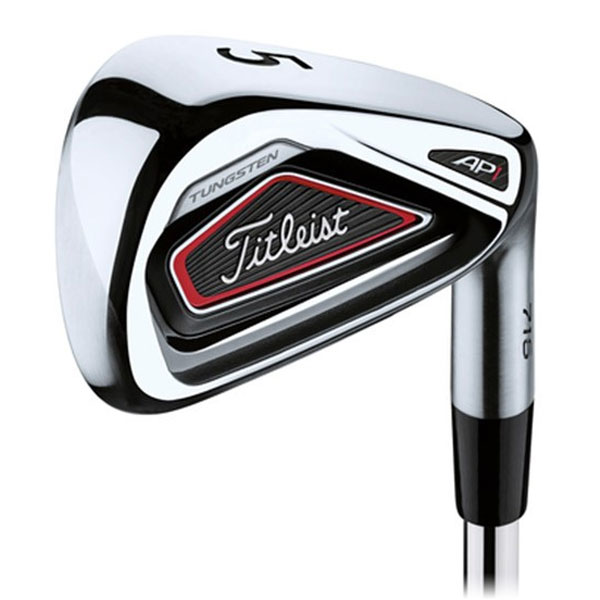 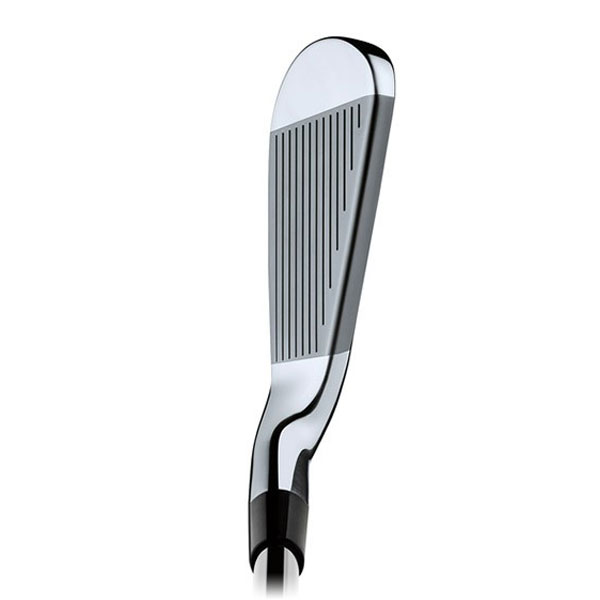 Titleist gives players speed, launch and distance from the large, thin, unsupported fast face. High density tungsten drives the center of gravity low allowing stronger lofts to create even more speed and distance. Forgiveness from the use of tungsten weighting distributes weight to the perimeter which increases moment of inertia on off-center hits.

The 716 AP1 irons can be used by virtually any type of player, especially players seeking maximum distance and maximum forgiveness from a players iron-looking head.

Of the four updated iron heads Titleist released in 2016, I like the changes to the 716 AP1 the most. Titleist really cleaned these irons up well and trimmed them down some. Compared to the 714 AP1 irons, the 716 AP1 irons felt better overall. These are an excellent alternative to the AP2 irons for players who desire slightly more distance and increased forgiveness. The ball flight was actually a touch lower than the AP2s for me with about 5-7 more yards of carry. By far, best AP1’s to date! 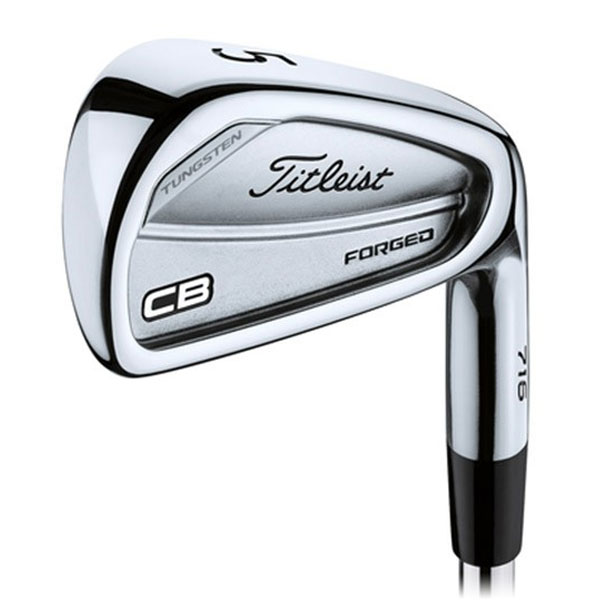 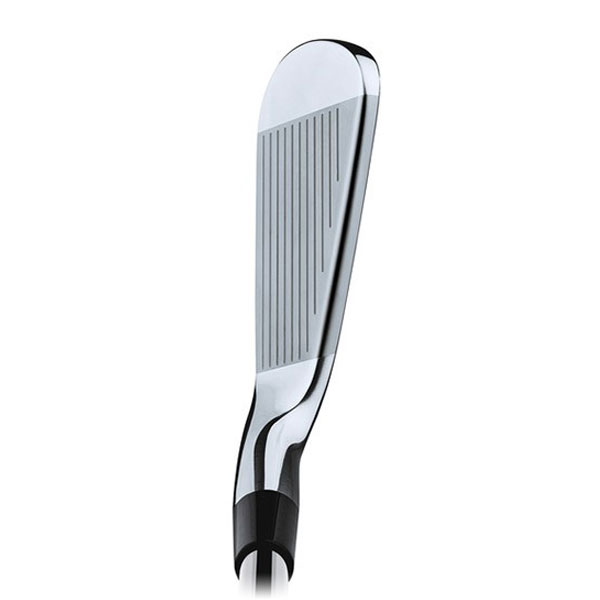 The 716 CB Irons are for golfers seeking shot control with forgiveness from a forged feel. Best for Tour level to low handicap players.

Like the 714 CB irons, the 716 version are a true classic when it comes to slight cavity back players irons. They have stunning details and looks with top notch feel. My ball striking is pretty good, but these will tell you right away if you are off, but with a touch more forgiveness than the 716 MB. 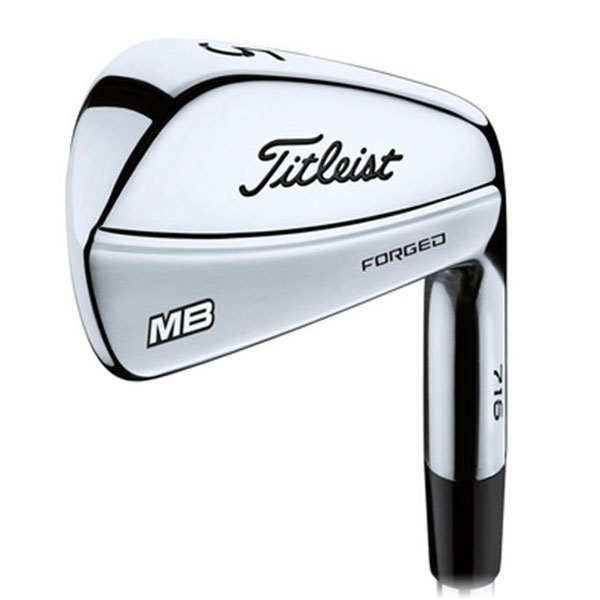 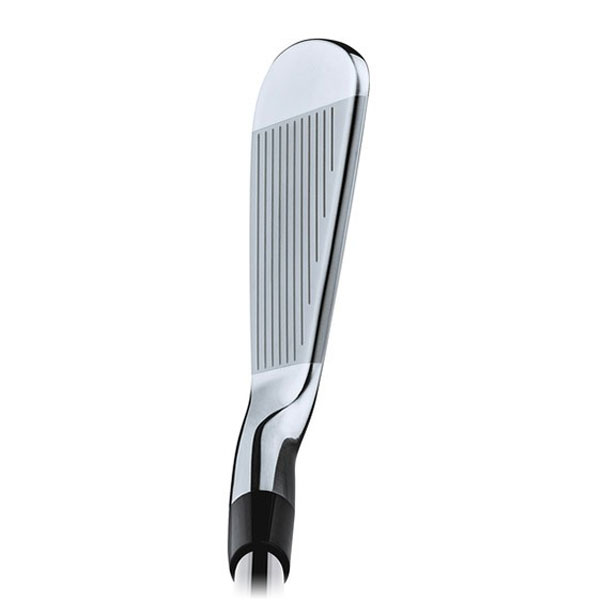 The 716 MB Irons are for golfers seeking maximum shot control with traditional forged feel. These irons are best for Touring pro’s to very low digit amateurs.

The 716 MB are timeless, traditional Muscle Back design. Super clean, thin, solid, workable and precision comes to mind when hitting these irons. I found them easier to hit than I thought they would be, however overall my game calls for a much more forgiving head. No doubt, one of the sweetest looking and feeling irons on the market. 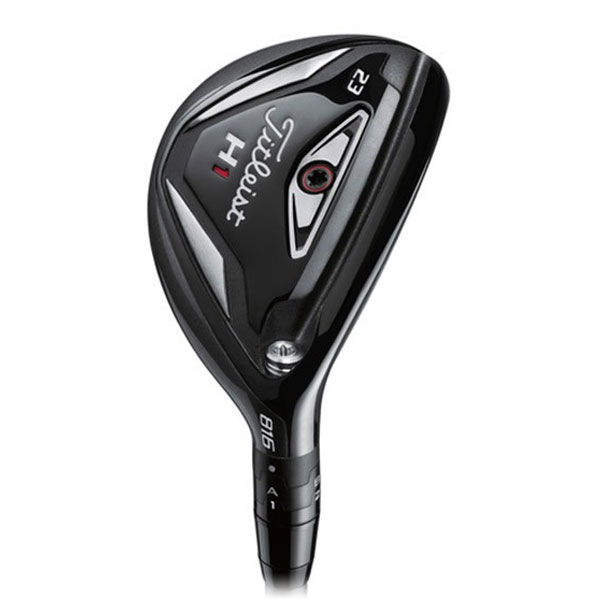 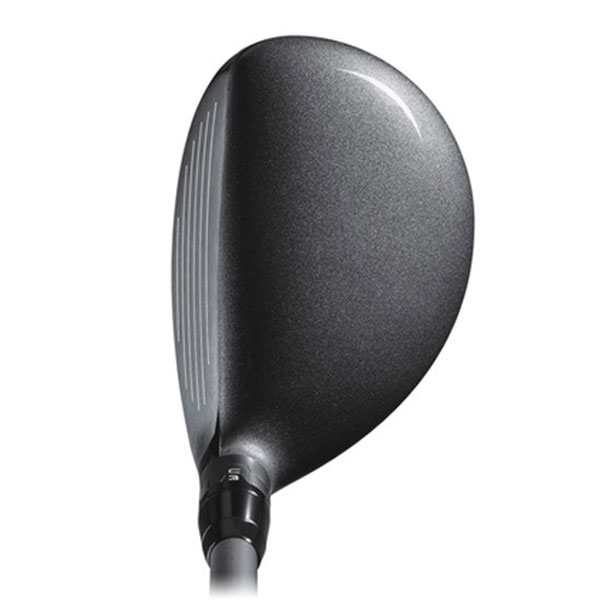 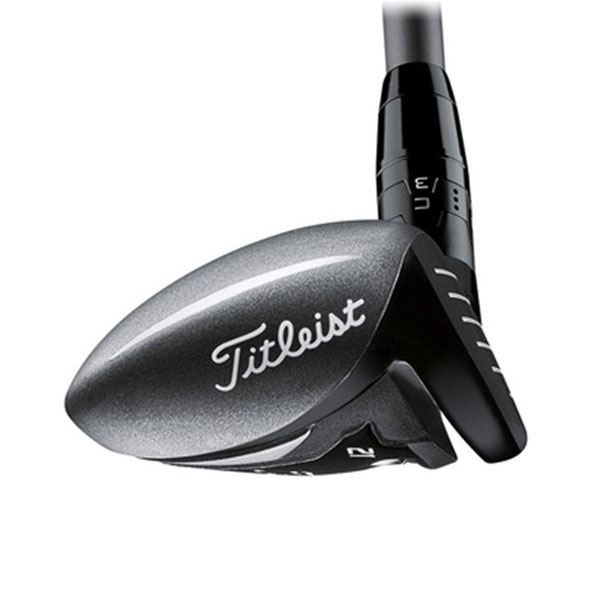 Active Recoil Channel Technology actively flexes at impact to generate high speed and low spin for long distance. The ultra-thin face delivers speed and distance across the entire face. The high MOI design delivers speed on off–center hits. A relieved leading edge and Active Recoil Channel edge help them glide through the turf. Precision Fit from the SureFit Tour Sleeve provides the most precise fit and yardage gaps that Titleist has ever offered.

Players of all abilities will enjoy the 816 H1, but the design is mainly for a higher launching and softer landing.

Yet another super clean, classic looking club from Titleist. The H1 version is more on the wider side which just makes it very easy to feel confident standing over the ball. As advertised, I saw a higher launch that many of the better players look for when hitting into shorter Par 5’s or longer Par 4’s. With the SureFit sleeve, you can actually increase the loft of lower it slightly to fit your game or the course conditions that you might see on any given day. Not the longest Hybrid that I tested, but distance is not its main goal. 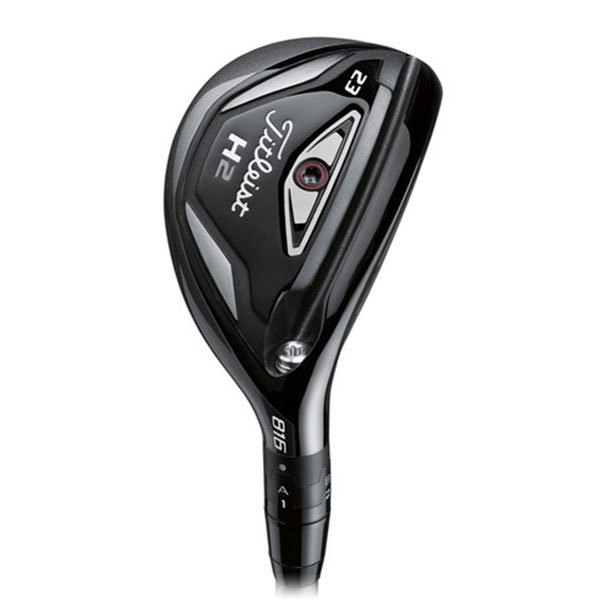 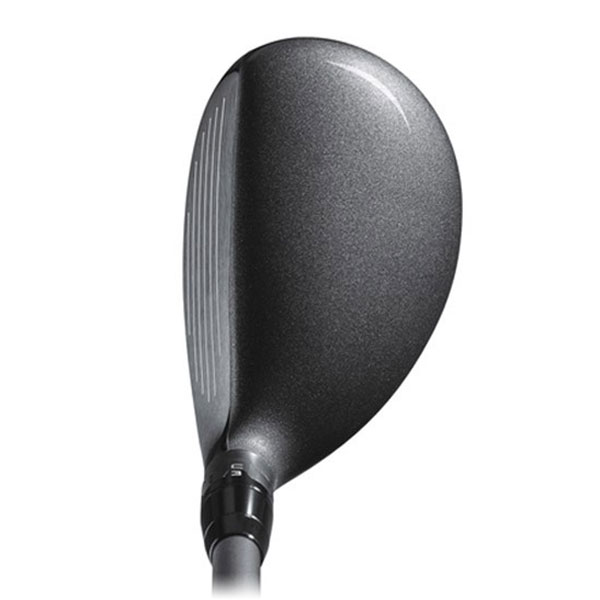 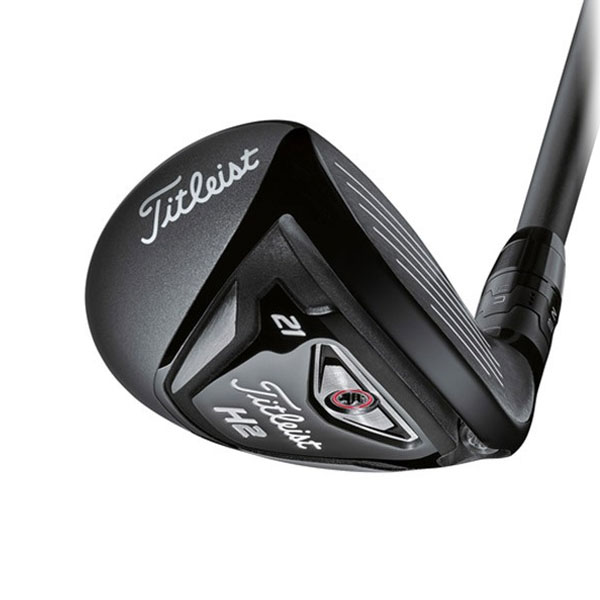 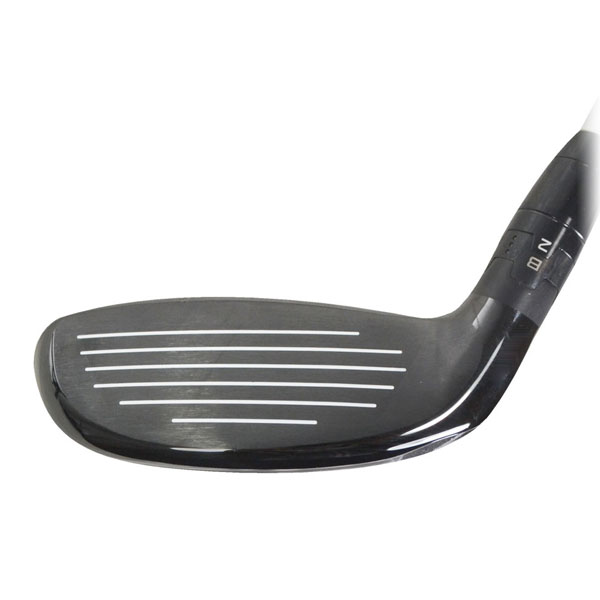 Active Recoil Channel Technology actively flexes at impact to generate high speed and low spin for long distance. The ultra-thin face delivers speed and distance across the entire face. The high MOI design delivers speed on off–center hits. A relieved leading edge and Active Recoil Channel edge help them glide through the turf. Precision Fit from the SureFit Tour Sleeve provides the most precise fit and yardage gaps that Titleist has ever offered. The H2 has a compact profile for launch and trajectory control.

The 816 H2 is a more compact hybrid for iron like control with more distance. Great off the tee and into deep greens. The H2 is also a great option for players who hit hybrids too high in general.

The 816 H2 is more the type of hybrid that I personally play. I need distance and roll from my hybrids and that is what I got from the H2 over the H1 version. Same great looks and feel with just a lower more penetrating ball flight. Add in the SureFit system and I was able to almost eliminate the left side of the course with this head.