The new line of Cobra King F8 Woods has been met with resounding success and great anticipation following Rickie Fowler’s victory at the Humana World Challenge. Cobra’s R&D threw out the rule book designing the King F8 Drivers introducing a CNC Milled club face with a multi-directional pattern, Dual Roll Technology and revamped carbon fiber crown. The Cobra King F8 Fairway Woods and King F8 Hybrids received a boost in technology as well, enticing players with a set of woods with top of the line technologies at a price point that is unmatched in the industry. 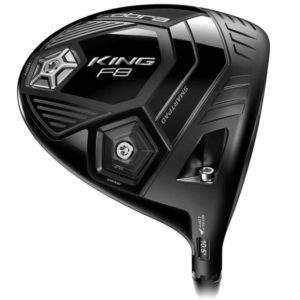 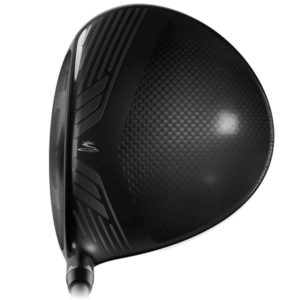 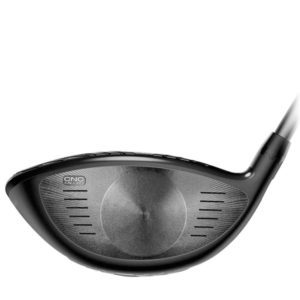 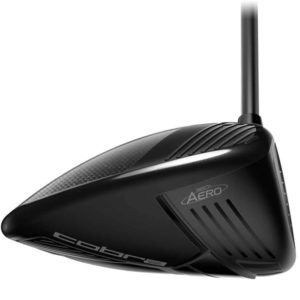 The Cobra King F8 Driver incorporates and builds on many of the technologies from the Cobra King F7 Driver like the forged 8-11 Titanium E9 Face and Myfly 8 with Smart Pad. Cobra has also updated the Multi-Material TexTreme Carbon Fiber Crown from the King F7 Driver with the 5-ply Ultralight Carbon Fiber Crown. And, Cobra Connect is back again for 2018 after a resounding success in 2017; however, that is where the similarities stop. Cobra has unveiled a few major additions that are brand new to the King F8 Driver for 2018.

A CNC Milled face with a multi-directional pattern allowed Cobra to create the thinnest clubface possible, with a more precise thickness and a 10% reduction in weight compared to a hand-polished face. Dual Roll Technology optimizes trajectories on shots hit above or below face center by utilizing different curvatures on the top and bottom of the face. And, 360 Aero Technology is the addition of crown and sole aero trips that optimize aerodynamic performance for faster clubhead speeds and increased distance.

5 to 25 handicap golfers with moderate to higher swing speeds. Its oversized shape makes it ideal for those seeking a more forgiving profile and improved distance on mishits.

The first thing that jumps out about the new Cobra King F8 Driver has to be the CNC milled face. You really know where the sweet spot is with the circular milled pattern of the Sweet Zone, and this thing flat out goes when you hit it. In the standard setting, the Cobra F8 Driver produced a slight draw for me, which is ideal for my swing. The ball flight may be on the higher side for some people’s likings, but given the time to truly dial this adjustable driver in players should be able to easily find the optimal flight that fits their eye. Two weights (12g and 2g) in the heel and rear of the sole also give players the option to create a greater draw bias depending on which weight they put in the heel port.

The oversized shape gives the F8 driver a bit of a longer back end, but off-center hits still produced great ball speeds and distance during my testing. I enjoyed the all black club head, and the tighter carbon fiber inlay on the crown produces a wonderful sound when I flushed it. There is also a lighter grey option if you aren’t a big fan of the all black. All in all, if you are looking for added distance and forgiveness you are going to want to give the Cobra King F8 Driver a try. 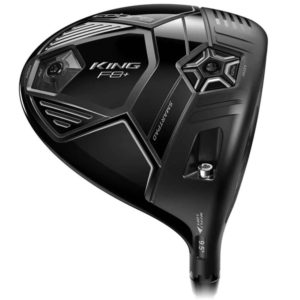 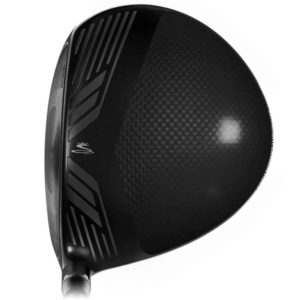 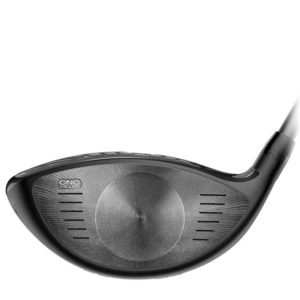 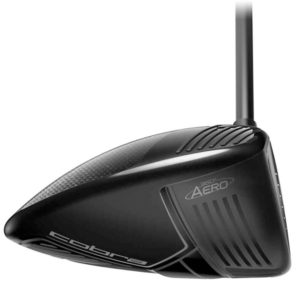 The Cobra King F8+ Driver utilizes the same technologies as the Cobra King F8 Driver. The F8+ has a more compact head and traditional shape to it than the F8. Another difference is the location of the weight ports. The F8+ weight ports are inline down the center of the sole and located directly behind the face and at the rear of the sole. Putting the heavier 12g weight forward reduces spin that promotes a lower, penetrating ball flight and the opposite setting will increase spin for a higher launch.

Again, the first thing I noticed was that cool CNC Milled club face. The aero trips on the crown of both the F8 drivers do a great job framing the ball at address and are not a distraction when lining up to hit. Like the F8, the Cobra King F8+ Driver has a great sound, especially when hit pure; it not quite as muted as some other drivers with carbon fiber crowns and definitely not as ting-y as most metal crown drivers.

With the weight in the forward position, I found the King F8+ Driver’s ball flight was a bit lower than the King F8 Driver and with the same slight draw fit my eye perfectly. I preferred the more compact, traditional head shape as well. This club naturally wanted to work the ball. As a result when I hit a few off-center shots I found that the F8+ is a bit less forgivable than the F8, but will still produce fairly good results on mishits. The F8+ comes in both the all black and grey and black colorways. As clubs get more and more expensive it is refreshing to see a top manufacturer with a first rate product that is less than their competitors. Cobra is calling all players out there. Come and get it! 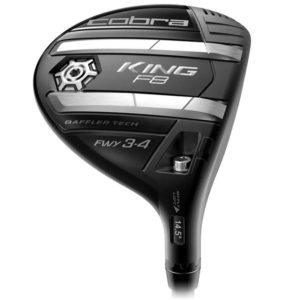 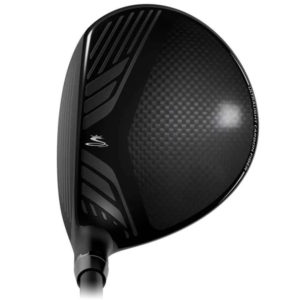 The design of the Cobra King F8 Fairway Woods is developed around a staple of Cobra fairway woods and hybrids, the progressive Baffler Rails. The dual rail system provides greater versatility and forgiveness from every lie while increasing the rail height and bounce that optimizes turf interaction as the lofts increase. The King F8 Fairway Woods also feature the 360 Aero Technology aero trips that reduce drag for faster clubhead speeds. The carbon fiber crown and fixed rear weight position the CG low and back for a towering ball flight that is incredibly forgiving.

5 to 25 handicap golfers with moderate to higher swing speeds seeking maximum distance and forgiveness in a fairway wood.

I could immediately feel the baffler rails while taking a few practice swings with the Cobra King F8 Fairway Wood. The rails really do not want to let the clubhead twist through impact. The forged 475 Stainless Steel clubface with Sweet Zone E9 Technology is hot. The ball jumped off the face off of the deck, but off the tee it left the face like a rocket! The Baffler rails gave the club a slight closed feeling at address, but nothing so pronounced that I felt like I was fighting to keep the clubface open through impact.

Once again, I am a big fan of the tightly woven carbon fiber crown and the aero trips were not distracting at all. The Cobra King F8 woods are really good looking. The sound is a bit more muted than the driver, but pleasant both off the tee and the deck. True to its technology the Cobra King F8 had a ball flight that is on the higher side and I can’t wait to take a higher loft wood on the course to test its drop and stop capabilities hitting into greens on par 5s and long par 3s. If you are looking for a forgiving hybrid with a lot of versatility, the Cobra King F8 Fairway Wood is a good place to start.