Trending
You are at:Home»Reviews»Drivers»Expert Picks: Best Drivers of 2018
By Keith Schneider on November 7, 2018 Drivers, Reviews

The end of the 2018 golf season is upon us, and I’d like to rewind and reflect on some of my personal favorite clubs tested and the most popular clubs from the year.

Starting with the best drivers, 2018 was all about weight redistribution. Manufacturers across the board made design changes to reposition weight from the crown and face to lower, further back CG positions for increased forgiveness on off-center hits and around the perimeter to increase ball speeds.

The emphasis on low CG promotes greater carry distances and higher ball speeds. As the average driving distance stats continue to skyrocket on the PGA Tour, the advancements in driver technology has equated to significant gains for amateurs, as well.

Carbon fiber crowns outnumbered metal crown drivers, indicating the trend has elevated from a niche attribute to an industry standard. I’m interested to see the acoustical evolution of carbon-crowned drivers. There are still a lot of players who prefer the sound of a metal crown and remain hesitant to switch to a driver with carbon fiber.

Before I get to my top driver picks of 2018, I want to take a moment to impress the importance of pairing the proper shaft with your driver (or any of your clubs for that matter!). Golf is hard enough and using equipment that does not properly fit your swing characteristics could be severely hampering your success on the course.

Your swing is unique, and you want the shaft to be compatible to your swing characteristics, not fight them. Most manufacturers offer unadvertised no-upcharge and upcharge shafts in addition to their stock options. You owe it to your game to seek out what’s right for your game.

After my initial round of testing, I put the Callaway Sub Zero 10.5° driver with a Project X Even Flow Blue 75 in my bag, and I’ve been playing with it ever since. Hands down, this thing has serious firepower.

First off, Jailbreak is for real. The Rogue line follows up the successful Epic drivers, but the two titanium bars that sit behind the face have been thinned to an hour-glass shape.

Along with the 5-ounce carbon composite crown, the weight savings from the Jailbreak Bars is reallocated to lower the CG. The Rogue drivers are a dressed-up version of the Epic, but where they exceed the Epic in performance is in forgiveness, producing increased ball speeds on off-center strikes.

When I tested the Titleist TS2 and TS3, I also had the opportunity to take a look at my numbers on Trackman with the Rogue Sub Zero. The data produced some valuable insights regarding launch angle. 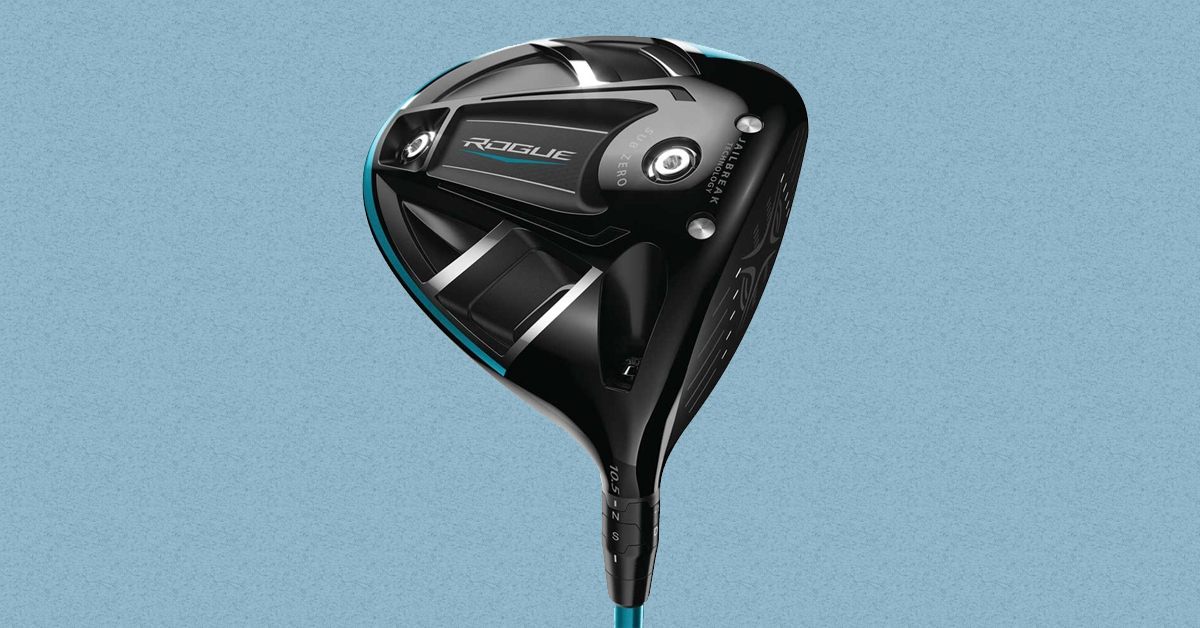 While a 9-10° launch angle works in the summertime and on firm fairways, I could be potentially losing 20-40 yards of total distance in softer conditions and colder weather. After seeing that data, I swapped the position of the sole weights, moving the heavier to the rear port. In a recent session on a Foresight Launch Monitor, my carry distance has increased due to an average 14.6° launch angle.

The Callaway Rogue driver is available in three versions, Rogue, Rogue Sub Zero and Rogue Draw. The standard Rogue will fit the greatest range of players, while the draw version is designed to help players alleviate slices and the Sub Zero is for better players with faster swing speeds.

Along with the Callaway Rogue driver, the Cobra King F8/+ drivers sits right near the top of my list of best drivers in 2018. Visually the F8 driver is stimulating. The carbon composite crown has a busy, yet legible alignment aid right behind the face. However, the most notable feature is the CNC milled face. 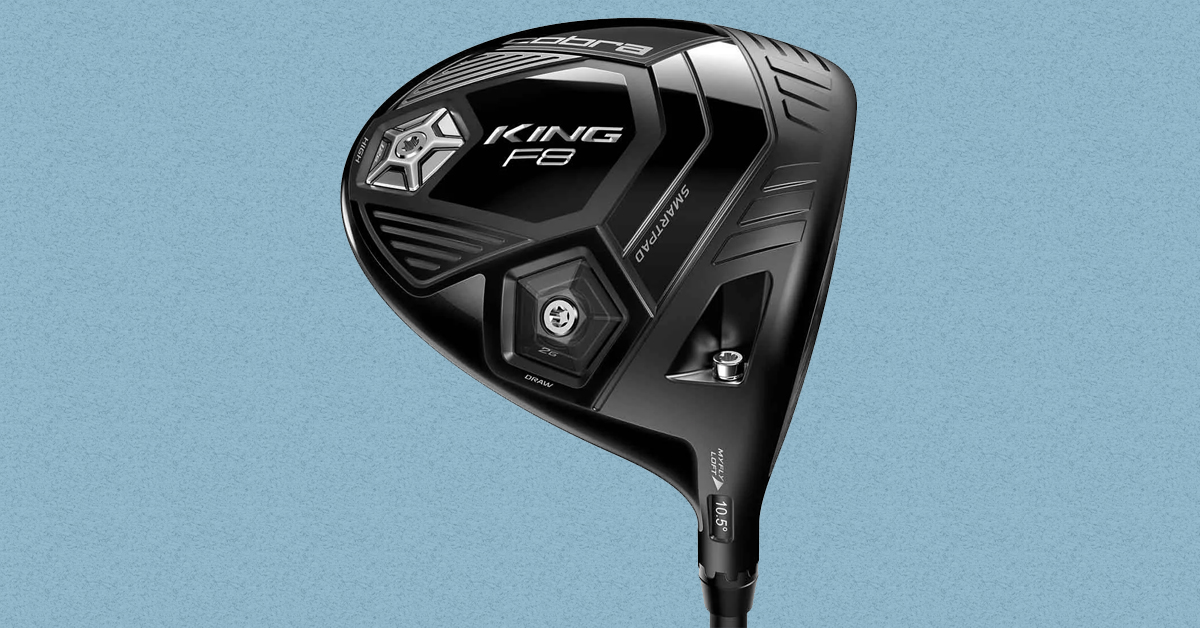 The rising sun pattern on the face is interesting to look at and not even close to a distraction at address. I’ve heard a lot of players worry the milled face will produce too much spin. In my multiple rounds of testing, I’ve found this to be one of the lowest spinning, longest drivers of the season.

The Cobra King F8/+ drivers are available in both Black and Nardo Grey. The standard F8 is designed for forgiveness and ball speed across the entire face, and the F8+ is for higher swing speeds and better players looking for playability.

I never thought a Ping driver would be my number one recommendation of the year, but the Ping G400 Max is the offering I suggest every single player puts in their hands before purchasing a new driver. Seriously, try this driver.

Traditionally, I have not hit Ping drivers well, their shape hasn’t exactly suited my eye. And, while the G400 Max shape isn’t exactly compact, it sets up well at address. No driver had a tighter dispersion than the G400 Max during my testing. If you struggle with hooks or slices, this could be your answer.

The crown turbulators may seem busy at first, but I hardly noticed them through the hundreds of balls I’ve hit in testing. The longer back end delivers outstanding forgiveness, limiting side to side dispersion as well as elevating ball speeds on off-center hits. 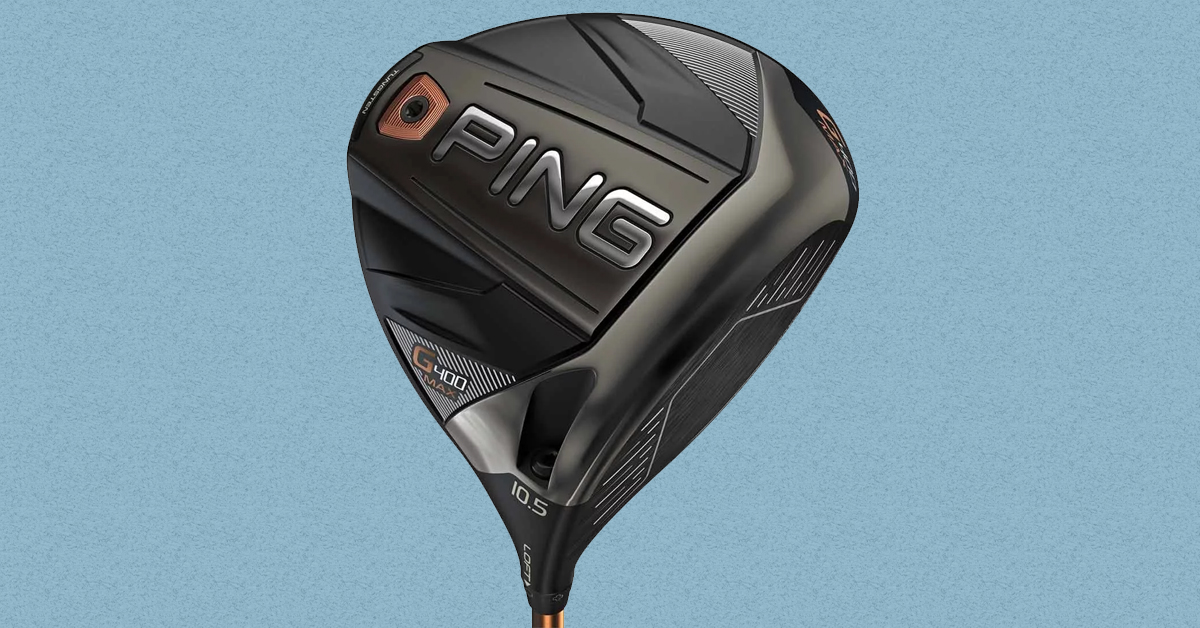 In head to head comparison with the Cobra King F8+ and Callaway Rogue Sub Zero drivers, both of which are geared for low spin and better players, the G400 Max produced higher spin rates, which is understandable.

I feel confident if I paired the G400 Max head with the absolute best shaft combination, this driver would be lights out and give anything on the market a run for its money in both distance and accuracy.

The last driver I am going to include is not one of my personal favorites, but without a doubt, I have seen more players using the TaylorMade M4 driver than any other driver this year. Tiger Woods eloquently stated in a TaylorMade Commercial that TwistFace is designed to “manage misses better”, and for the majority of players, I think it does just that.
The M4 driver has the instantly recognizable two-tone crown, juxtaposing the lighter silver strip with the dark carbon fiber.

Both M Family drivers have been incredibly successful, but I give the nod to the M4 over the M3 because of its simplicity and dedication to forgiveness and ball speed over adjustability. I also give the verdict to the M4 because of the Geocoustic technology, it produces a much fuller and pleasing sound than the M3 driver. 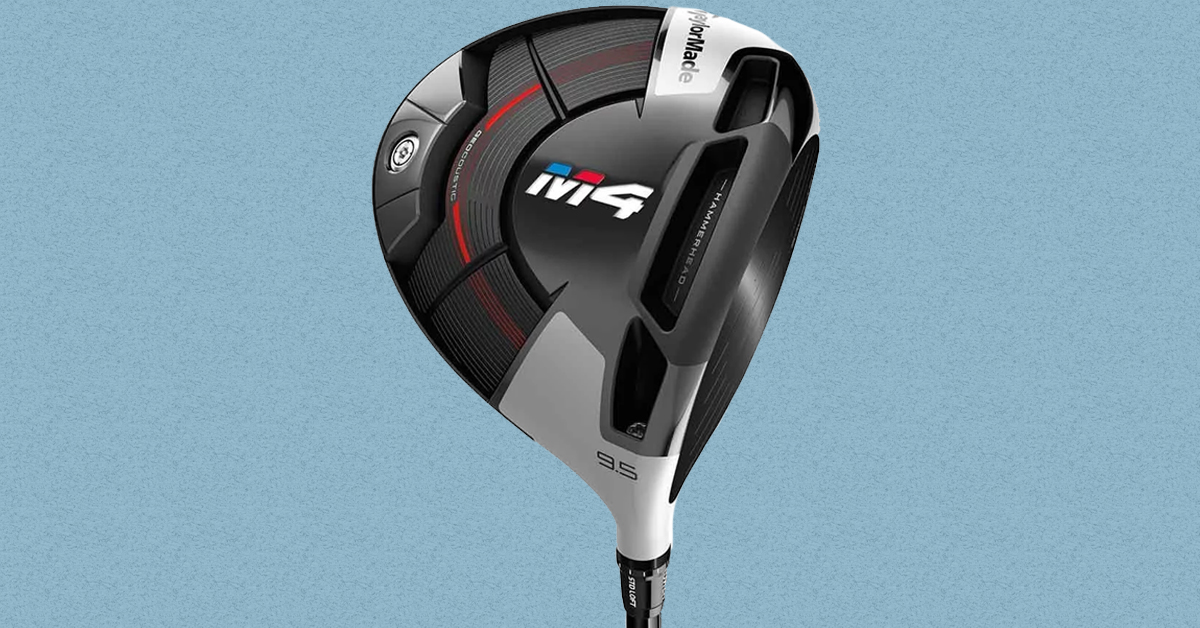 An honorable mention goes to the Titleist 917D2 and 917D3. Their run comes to an end this season and it has proven to be a vintage Titleist offering. The classic shapes and excellent playability make the 917 drivers a steal as they drop in price with the introduction of the new TS2 and TS3.

Speaking of looking ahead to the next generation of bombers, the word you are going to hear a lot is “Speed”. With drivers launching the ball higher and carrying farther, manufacturers are now going to hone in on elevating ball speeds for even greater carry distances and forgiveness across the entire face.

The recently released Titleist TS TS2 and T3 drivers have laid the standard down for the next generation. Increase your ball speed while keeping the spin rate down and the launch angle up, or get left in the dust.