Instead of continuing on the M1 and M2 product lines, TaylorMade felt there were enough advancements in engineering and design to warrant donning the models the M3 and the M4. The M3 lineup has a 460cc and 440cc driver, fairway wood, rescue and iron set.The M4 lineup offers a little more versatility featuring a standard and draw biased driver, a standard and pro fairway wood, rescue, combo iron set and full iron set.

What do you get when you take carbon fiber club head construction elements and combine it with a radical departure from traditional driver-face design? The TaylorMade 2018 M3 and M4 Drivers. While a lot of great innovations were unveiled at the seminar, the major takeaway (as you no doubt guessed) was the re-imagination of the driver club face through Twist Face Technology, and for TaylorMade, there’s no turning back.

The Bulger driver surpassed long-nose woods as the preferred club style around the 1880’s, and driver club faces have been designed with the same bulge and roll technique since. A bulge and roll club face creates gear effect. The simplest way to describe gear effect is that when the club face opens it produces draw spin and vice versa.

Engineers test clubs using robotic arms because in doing so they can control for the greatest variable in the entire swing, the player. No matter what happens in the takeaway and downswing robots can always return the club face to square at impact. The result is that since the club face always returns to square the gear effect brings shots hit by robot arms back to the target line without crossing over. Humans, however, are not so precise and do not return the club face square to the target at impact every single time they swing.

By twisting the low heel and high toe TaylorMade was able to alter the gear effect a driver with a traditional bulge and roll face produces and align human mishits with the robot swings, bringing the ball back to the target line, but not crossing over. (Be sure to check out our in-person interview our correspondent Justin Morrison did with Todd Beach for more great information on Twist Face technology)

Todd Beach, TaylorMade’s Senior VP of R&D and Engineering, has been with TaylorMade for over 20 years. He agreed to sit down with us to discuss the new M3 and M4 drivers and their revolutionary Twist Face technology.

Enter Twist Face. TaylorMade’s R&D discovered vastly different results from human swings compared to laboratory controlled robot swings using the standard bulge and roll club face. Robots can correct shots off the heel and toe producing a ball flight that brings the ball back to only a few yards off the target line. Humans, however, are not so consistent and tend to either snap-hook or push-slice shots off of the toe and heel respectively. After interpreting the data, TaylorMade decided to forego the standard bulge and roll club face and designed the all new Twist Face technology. Twist Face technology is engineered to correct for those inherent swing tendencies in real time. 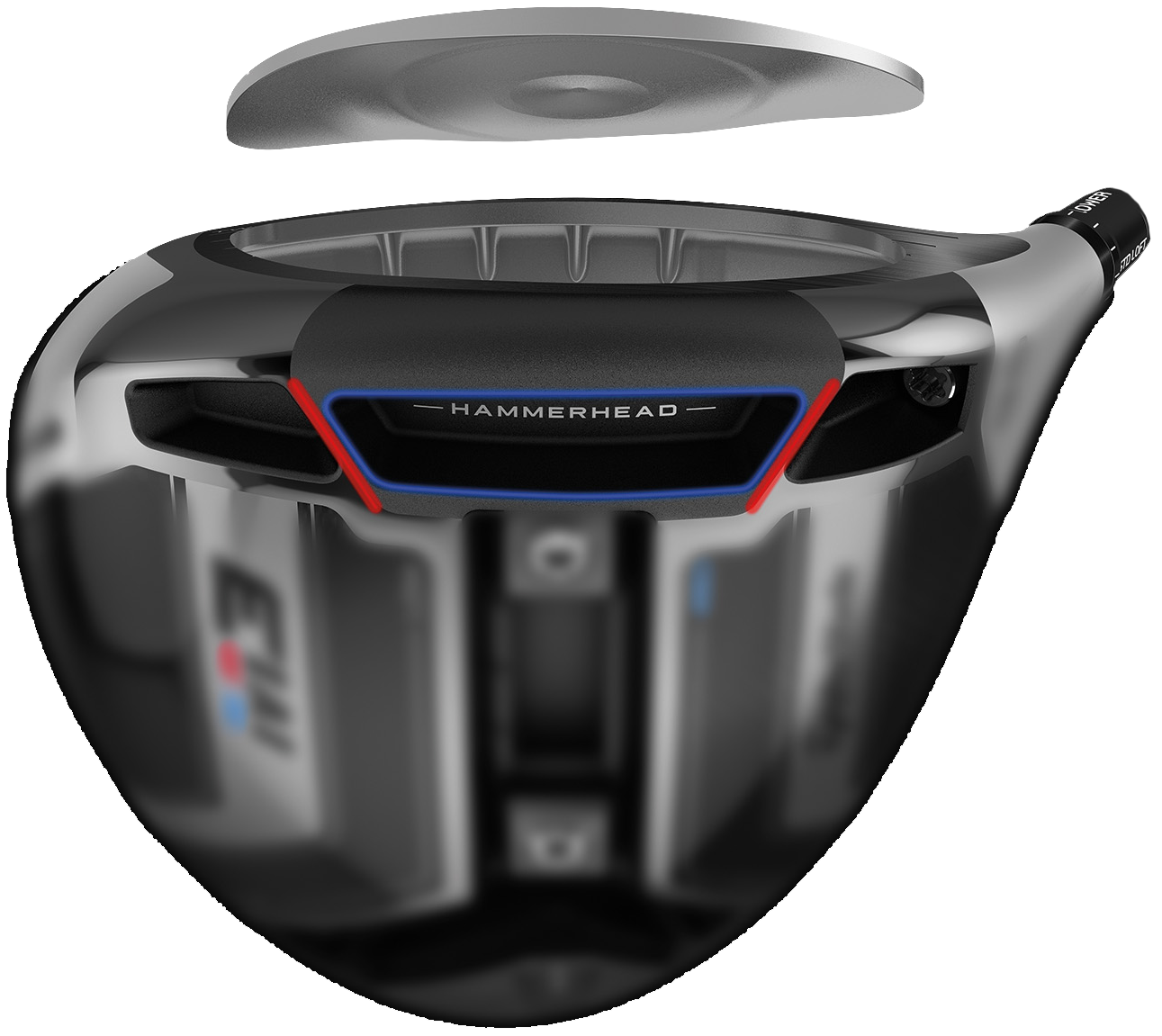 With all the focus on Twist Face technology, the unsung hero of the new TaylorMade M3 & M4 Drivers is Hammerhead Speed Pocket technology. In order to maximize ball speeds right up against the USGA/R&A legal limit TaylorMade engineered a pocket in the sole right behind the face, which they are calling Hammerhead technology. While similar to the Speed pocket of the M2 Driver, the new new Hammerhead technology is wider and deeper, creating a massive sweet spot to enhance ball speed and forgiveness across the entire face, and reinforcing the outer portions of the slot allowed TaylorMade to create a lighter, more flexible face.

Neither of the M1 drivers had a speed pocket because the weight track that ran from toe to heel sat directly behind the face. The M3 driver solved this issue by eliminating the T Track and replaced it with the new Y-Track weight system that now sits behind the new speed pocket. Both sliding weights are able to move anywhere along the tracks giving players even more versatility dialing in the driver to their preferred shot shape. And, all with the added forgiveness of the massive sweet spot created by the Hammerhead slot. 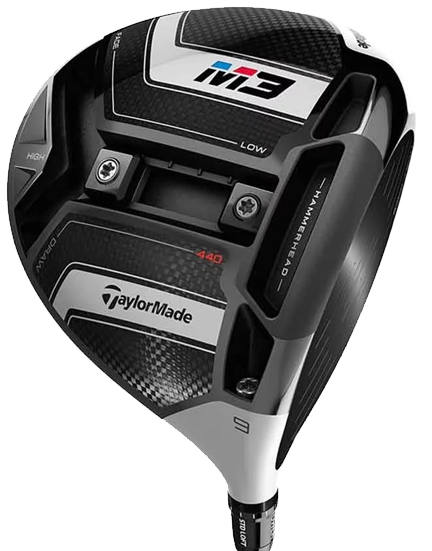 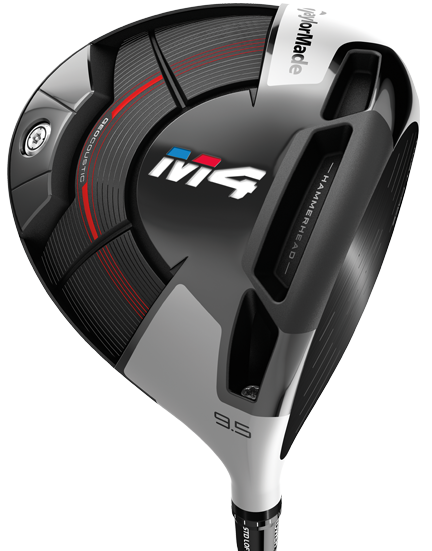 When I initially tested the TaylorMade M3 and M4 drivers I had some mixed results and feelings. There is a definite difference to how clubs set up at address from manufacturer to manufacturer. Historically, I have not hit TaylorMade clubs well, but after great results with the M3 and M4 hybrids and fairways I was excited to see how Twist Face would work for me.

At first it did not go well with the M3. Everything I have been testing over the past few months has produced a consistent slight draw, but with the M3 drivers I was tending to lose shots right. After a series of confusing and poor shots I decided I better pack it in and talk with a TaylorMade technician and see what the issue was.

On both drivers, one of my issues was that the sweet spot felt like it set up quite a bit inside. The face blends into the toe and wraps around, which to me felt like it gave the driver a very open feel. Through multiple testings I accepted that my natural shot shape with the M4 is more of a fade, and when I set up expecting that shot, my results improved quite a bit. I like the sound of the Geocoustic sole more than the M3. All the carbon composite of the M3 changes the sound quite a bit, and the M4 has more of the traditional driver sound I am accustomed to hearing.

What I will say is this, while my personal testing did not produce the most consistent results, there is a ton to like about the new TaylorMade M3 and M4 drivers. The use of silver instead of white on the crown still contrasts beautifully with the carbon composite, and has a richer, more modern look than the white of the M1 and M2 drivers. I was able to see Twist Face technology work when I consciously tried to hit a ball out on the toe and off the heel and it did as advertised. My ball would come back towards the center, but wouldn’t snap hook or high slice. My recommendation is to go hit them all and let your hands and eyes tell you what is best for you.