After testing the past 2 major lineups from Ping, the G30 and G series, I was very excited to put the 2017 Ping G400 series in my hands. The G400 lineup consists of 3 driver options (standard, SFT and LST), fairway metals, hybrids, crossovers and irons. One detail I’d like to spotlight about the G400 series is the lack of proprietary Ping grips. For as long as I have known about Ping clubs (which is from the beginning) they have always had their own design incorporated into the grips. Since I personally play with Tour Velvet grips, this was a welcome change.

Check back for new reviews, and as always, please leave your comments below! 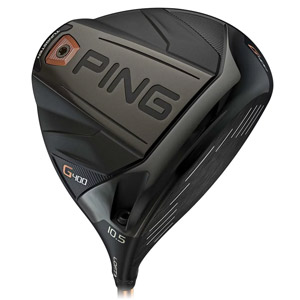 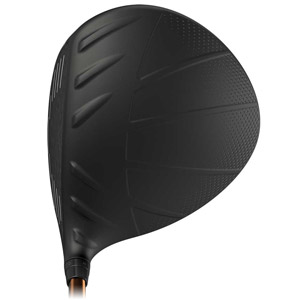 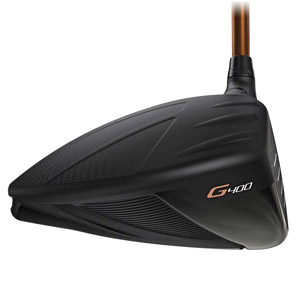 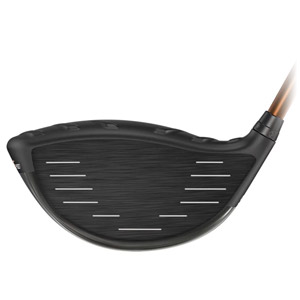 Ping packed a lot of tech into the G400 driver, but the most significant change is the size of the club head. While the max allowable size is 460cc, Ping chose to make the G400 driver 445cc. The driver also features a new streamlined shape, multi-material construction, forged face and tungsten back weight. The combination of these features creates reduced drag, improves overall forgiveness, and promotes increased club speeds and distance.

Now I know what you are thinking, all manufacturers make similar statements whenever they release a new driver, but Ping went one step further to quantify their claims. They say the lighter, thinner Forged Face increases ball speeds by 2 mph compared to the G series driver. An increase in MOI comes from the high density tungsten rear weight producing the deepest rear CG in a super-forgiving head.

Without a doubt the Ping G400 driver is for players of all skill levels. With 3 versions to choose from, this driver will quickly pass the eye test for low handicap players and higher handicap players will forget about the size difference once they hit the right one!

Over the years I’ve played many drivers smaller than 460cc, so at 445cc the Ping G400 easily passed my eye test. The larger footprint of many modern drivers was replaced by a more traditional head shape and deeper face than past Ping offerings. At times a smaller head size can make a club feel shorter in length, but Ping got this one just right.

The G400 has a clean, simple and rich colorway. The matte black finish stood out, like always, and helps keep the eyes from being distracted by the busy crown design. Ping reworked the acoustics of the driver, creating a much deeper, muted Tour-inspired sound.

Boasting the deepest CG in the game, my ball flight increased compared to what I traditionally see from a 9-degree head. Once properly dialed in, you will see an increase in distance. I haven’t played much recently due to some injuries, and as a result my ball striking has suffered dearly, but I clearly found my mishits producing better results than what I was feeling. A prime example was one I hit low on the toe that still had plenty of launch angle and did not spin like a top, now that’s what I call forgiveness! Available in 3 head styles, overall I was super impressed by the looks, feel, and sound of the new G400 driver. 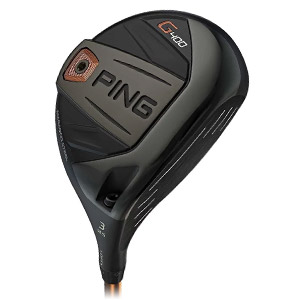 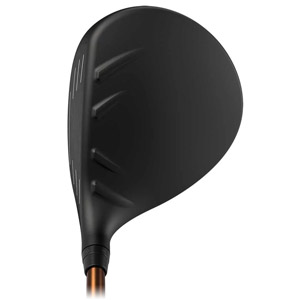 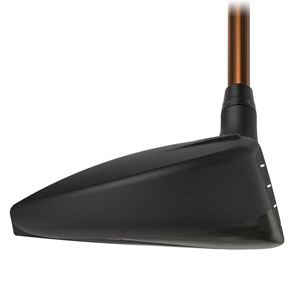 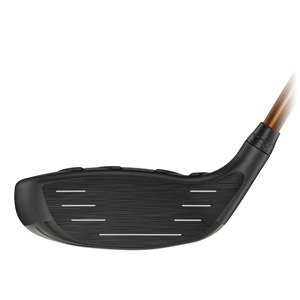 The Ping G400 Fairway metals incorporate a new face material made from Maraging Steel which is stronger, lighter and allows the face to flex more. The reduction of weight from the new material allowed Ping to add more beef to the back weight. The combination of these features increases ball speed, loft and MOI that according to Ping testing equals up to gains of 7 yards. More importantly, the MOI increase produces added control and forgiveness.

Like the Driver, the new Ping G400 fairway metals will be a fit for players of all levels out there. There is a new stretch 3-wood that is 13-degrees and is made for more distance off the tee, as well as the SFT version that will players who tend to slice the ball.

First off, the appearance at address appears slightly more compact looks better to me than the G Series. As advertised, I saw an increased launch angle with a very flat trajectory, which is exactly what I look for in my game. The head still has a shallower face depth that will help the majority of the golfers out there. I normally prefer a slightly deeper face, but my low center hits on this shallow face still produced excellent height. The feel and acoustics differed from the driver, producing a higher pitched aluminum baseball bat sound. Overall, I liked this Ping fairway metal better than the past G series fairways. 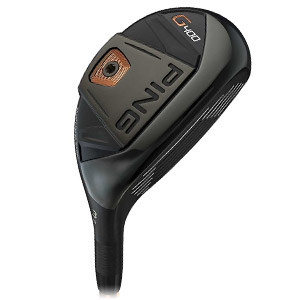 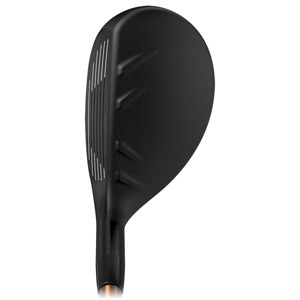 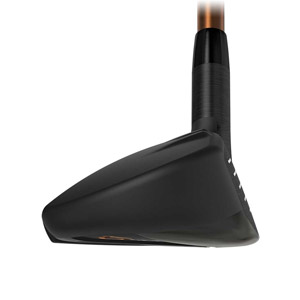 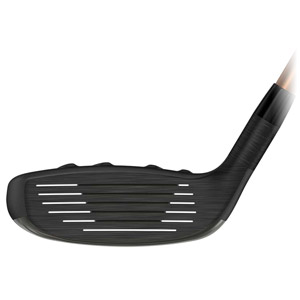 The G400 hybrids have the same Maraging Steel face material as the fairway metals. The change in face material from the 455 Carpenters Steel used in the G series hybrids is said to produce a higher launch, longer flight, and added forgiveness. The ultra-thin 17-4 SS crown allows more weight to be distributed to the rear CG which increases the MOI and produces drop and stop playability.

Players of all abilities.

First off, let me note that the new Ping G400 Hybrids have a fade B=bias in the lower lofted heads. Pretty much all of the past offerings that I have tested had a draw bias. Though I tested the 22-degree head, I found it to be less hook prone than previous models. There is a still some draw bias to this loft, but far less. The hockey stick look (flat sole, slightly upright angle) to hybrids always seem to produce even more draw that I prefer in hybrids, but Ping has worked hard to show that this shape can produce less of a draw bias. The feel, sound and flight were all similar to the G Series. The big key for me was the reduced draw bias and a must for my game. 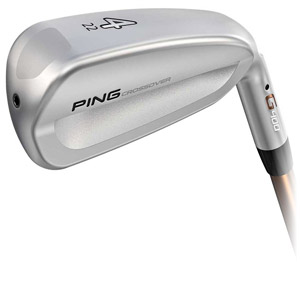 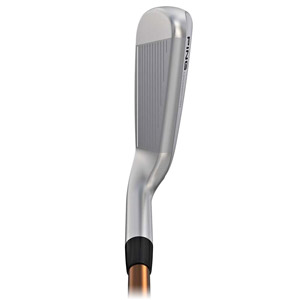 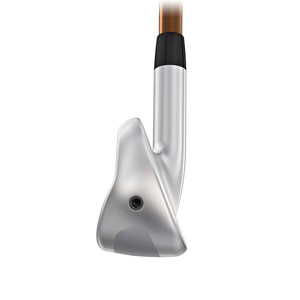 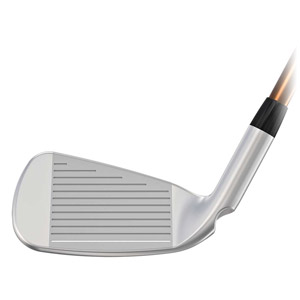 With the new changes, the G400 Crossover will appeal to more players than ever, but they are still geared towards players with issues hitting hybrids and players who prefer an iron-style club head.

I found fade bias of the past Crossover version made it a great club off the tee. While most players do not need this type of club this year’s edition will fit a larger range of players. The additional spin, repositioning of the CG and a more neutral bias allowed me to see straighter, higher shots. These features translates to better playability from the grass and less from the tee.

While I am more a fan of having a hybrid in my bag, the new G400 Crossover is so easy to hit that I could easily put these in my bag instead of a hybrid. The feel, sound and results were really, really good. Yes it is bulky, but as I get older I tend to lean on results versus looks. If hybrids are not your thing, the new Ping G400 Crossover is a 100% must try when looking for options to replace those harder to hit long irons. 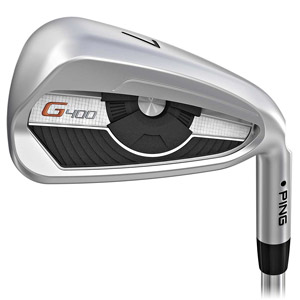 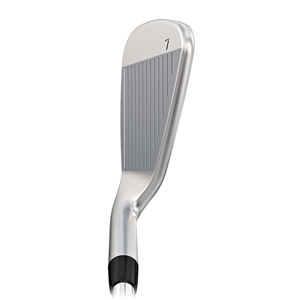 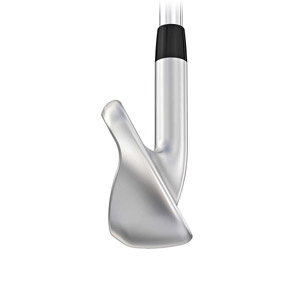 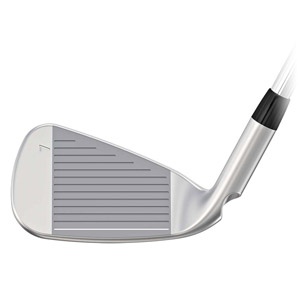 I loved the G Series Irons and quickly recommended them to a few friends to buy and they agreed with me. What I like more about the new G400 irons is the use of the rubber 3-piece cavity badge. It has a much better look and produces a better feel and sound. The G400 is a very high launching, long 7-iron. It produced shots that were about a full club longer than other 7-irons and I had excellent results even on slight mishits. This is a cleaner, meaner version of the G series irons with some good updates. Both are flat out excellent Game Improvement irons, but I give the edge to the new G400 irons.