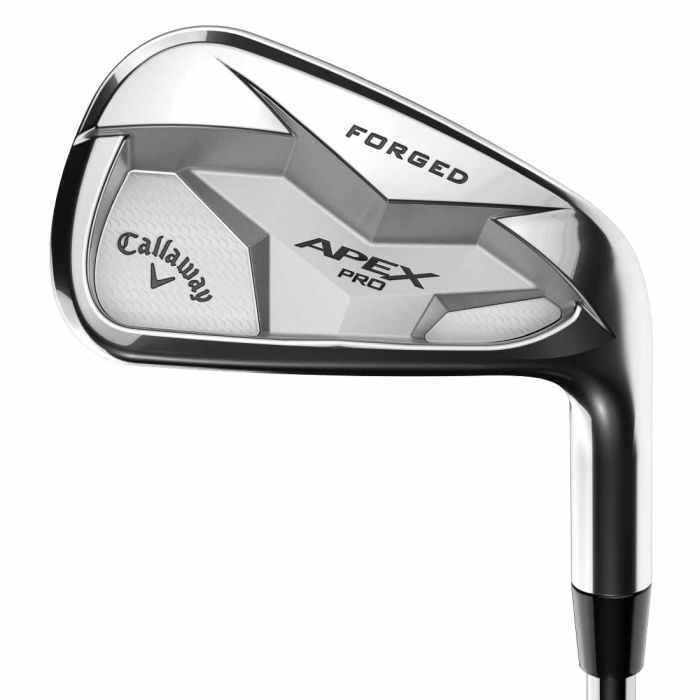 Apex Pro 19 combines all the advanced distance technologies of the Apex 19 in a beautiful Tour shape. This iron is for better players who want all the benefits of a Tour-level design without sacrificing ball speed or distance.
Manufacturer Direct
Custom Product
Out of stock
Only %1 left
SKU
P99006

And to further enhance the level of scoring performance and shot-making that the pros demand, an average of 50 grams of Tungsten has been infused into each iron to relocate the CG positioning for exceptional ball flight and pinpoint control. All of this innovative performance technology is engineered into a premium design with beautiful progressive shaping and a classic Apex finish.