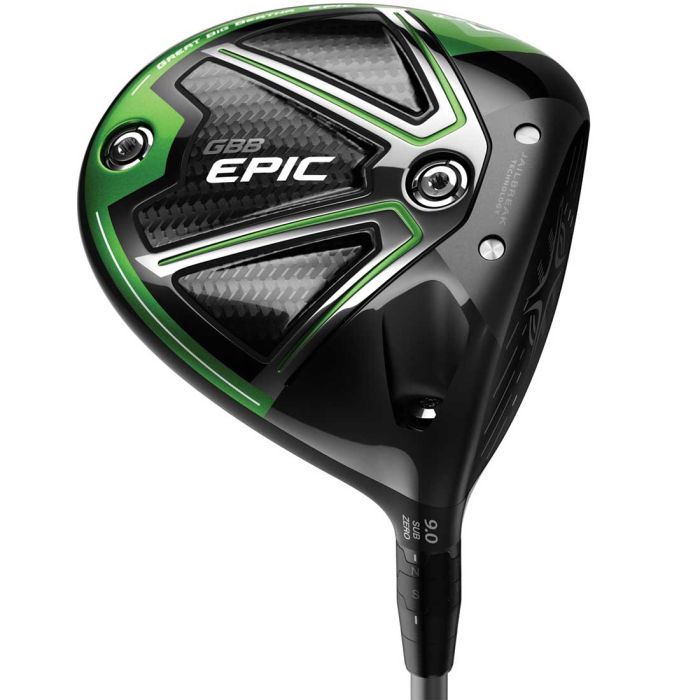 GBB Epic Sub Zero is so-named because it heralds a true paradigm shift: A powerful, low-spinning Tour-level driver that’s also incredibly forgiving -- an unheard of combination. Its high speed / low-spin characteristics make it particularly appealing to Tour pros, yet Epic Sub Zero is so exceptionally forgiving and easy to launch that a wide range of players will want to play it.

Innovative new technology changes how the head and face behave at impact to promote more speed across a larger area of the face for increased average distance.

Innovative head construction unites our titanium Exo-cage with an ultra-light triaxial carbon crown and sole, allowing improved perimeter weighting for more forgiveness and makes it possible to position the CG in line with the neutral axis, which lowers spin.

Two interchangeable weights in the head (2g and 12g) to adjust spin-rate and launch angle. Put the 12g up front to lower spin; in back for higher launch and higher MOI.

The Callaway Great Big Bertha Epic Sub Zero driver includes the same Jailbreak Technology, Titanium Exo-Cage and Triaxial Carbon Crown as the Epic driver. One key difference to the Sub Zero from the standard Epic driver is the exchange of the sliding rear weight for two interchangeable sole weights (2-grams and 12-grams) that adjust spin-rate and launch angle. Putting the 12-gram weight in the front port creates lowers spin and higher launch and MOI in the back port.

The Great Big Bertha Epic Sub Zero driver is a powerful, low-spinning, Tour-level driver geared towards players with higher swing speeds and players who create too much spin. Plus to 16 handicaps.

Just like the standard Great Big Bertha Epic driver, the looks are just fantastic on the Sub Zero driver. Overall, this head has a cleaner look on the sole, with only two small weights distracting your eyes from the mesmerizing carbon. And, I also liked the sound of the Sub Zero more than the Epic driver.

Based on my testing with the standard Epic Driver, I tested the Sub Zero with a 10.5-degree head and the heavier weight in the rear port for higher launch and MOI. Bingo! I was dialed right back in to my perfect ball flight. Even though visually I tend to prefer less loft to the face at address, the results of this driver make it easy to look past. A standout driver for 2017! 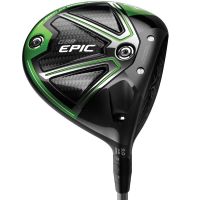