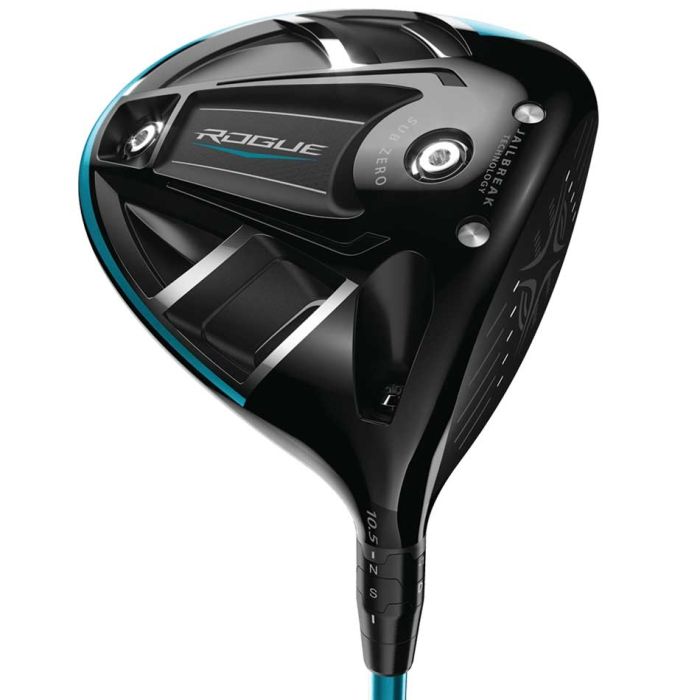 Rogue Sub Zero is an extraordinary achievement: a powerful, extremely low-spinning, Tour-level driver packaged in a high-MOI head shape. Though designed to appeal to Tour pros, Rogue Sub Zero is so forgiving and easy to hit that any amateur seeking lower spin is also a great candidate for it.
Manufacturer Direct
Custom Product
Out of stock
Only %1 left
SKU
P91202

Though designed to appeal to Tour pros, Rogue Sub Zero is so forgiving and easy to hit that any amateur seeking lower spin is also a great candidate for it.

Rogue Sub Zero performance is spearheaded by improved Jailbreak Technology, which drastically changes how the head behaves at impact. New, hourglass-shaped titanium bars are lighter than before, yet equally effective at stiffening the crown and sole, allowing the face to take on more impact-load to promote faster ball speed. Improved X-Face VFT technology promotes fast ball speed across a larger part of the face. That, combined with Jailbreak, promotes a significant boost in ball speed and distance.

Rogue Sub Zero’s head shape and construction allows Callaway engineers to position the CG low and deep with a more neutral bias. This position, along the head’s neutral axis (the line that runs perpendicular to the loft and intersects with the geometric center of the head), promotes higher launch and low spin -- the launch conditions that promote maximum distance.

Two interchangeable weights (2g and 14g) in the front and back of the sole allow you to adjust spin-rate ±200 rpm. Position the heavier weight forward to lower spin; position it in back to increase forgiveness and promote higher launch and longer carry.

With Rogue Sub Zero, Callaway worked with Boeing to improve air-flow by modifying the boundary layer at the front-edge of the crown. This allows the Speed Step to regulate airflow more efficiently, from laminar to turbular airflow, to promote faster head speed.

The largest carbon composite surface area ever in a Sub Zero model; its light-and-strong composition saves weight that’s redistributed to increase MOI and align the CG with the neutral axis to lower spin.

Two interchangeable (2-gram and 14-gram) to adjust spin-rate and launch angle. Put the 14-gram up front to lower spin, or in back for higher launch and increased MOI.

New boundary layer at the top-edge of the crown improves the Speed Step’s ability to “trip the flow” of air to promote faster head speed.

The Callaway Rogue Sub Zero driver has the same technologies as the Callaway Rogue driver, but in a more compact head design designed to appeal to better players and Tour pros. Interchangeable 2g and 14g weights can modify the spin-rate by 200 rpm. Lower spin with the heavier weight in the forward position and with the heavier weight positioned to the rear increase forgiveness and promote higher launch and longer carry.

The Callaway Sub Zero driver is geared towards Tour pros and lower handicap amateurs, but the increased MOI and greater forgiveness makes this a good option for any player looking for lower spin and longer carry from their driver.

The Callaway Rogue Sub Zero driver is as advertised, a more compact head engineered for the better player who produces consistent ball striking. Players will enjoy the workability of this driver as well as how much forgiveness is built in for off-center hits. I saw a penetrating ball flight with long carry from Rogue Sub Zero driver that was just a tad more driven than the standard Rogue driver. Once again, I had no problem peppering the back net at the range with each swing. The looks of the Callaway Rogue Sub Zero were a success, too. It features the same fade-in triaxial carbon crown, soft teal accents around the driver toe and trailing edge, but in a more preferred compact players shape. 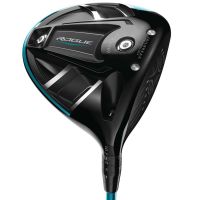