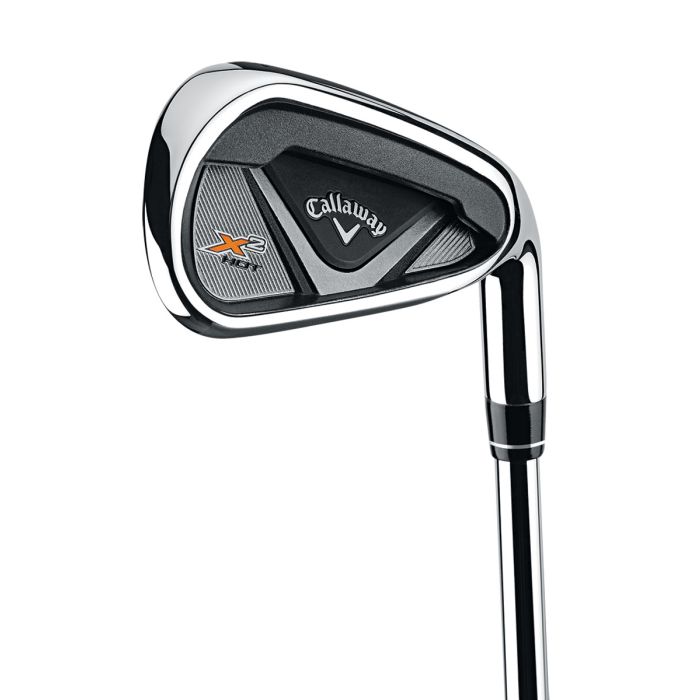 The latest and, based on Tour testing, perhaps the greatest, the X2 Hot irons are loaded with Callaway Golf’s very best of their best and sure to make a major impact in your game.
Manufacturer Direct
Custom Product
Out of stock
Only %1 left
SKU
P75336


It’s not easy to create an iron set that’s easy to hit yet provides power and feel for golfers who don’t make a consistent swing. But Callaway and their design team have done exactly that with their new X2 Hot irons 40 percent more consistent than last season's X Hot irons.

To increase distance over last season’s X Hot irons, Callaway designed the X2 Hot irons with an extremely deep undercut behind the face that not only goes along the bottom, it also goes underneath the topline. This extreme perimeter weighting shifts more mass away from the face and drives down the center of gravity, which increases forgiveness and makes the X2 Hot less susceptible to twisting on off-center hits.

Callaway also made the face and the sole of the X2 Hot irons thinner to allow the face to flex more effectively at impact, subsequently providing more ball speed. At the risk of the irons feeling and sounding clanky due to thinner faces, Callaway then gave the X2 irons an extensively computer-modeled large chevron shaped stabilizing arch to functionally reinforce the face and still provide good feel and sound.

Callaway designers worked hard to hide many of the features that are typically associated with irons built for less accomplished players. Callaway designed the X2 Hot in a much sleeker package. Along with the face improvements, the sole and overall front to back profile of X2 Hot was thinned out to make it look less like a game-improvement iron at address. The irons also have Callaway’s 30-degree wide-spaced V grooves — the same grooves currently in the new Apex iron — that maximize spin from the rough.

The latest and, based on Tour testing, perhaps the greatest, the X2 Hot irons are loaded with Callaway Golf’s very best of their best and sure to make a major impact in your game.
Shipping 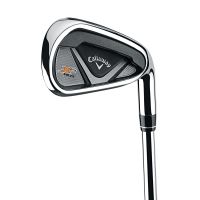