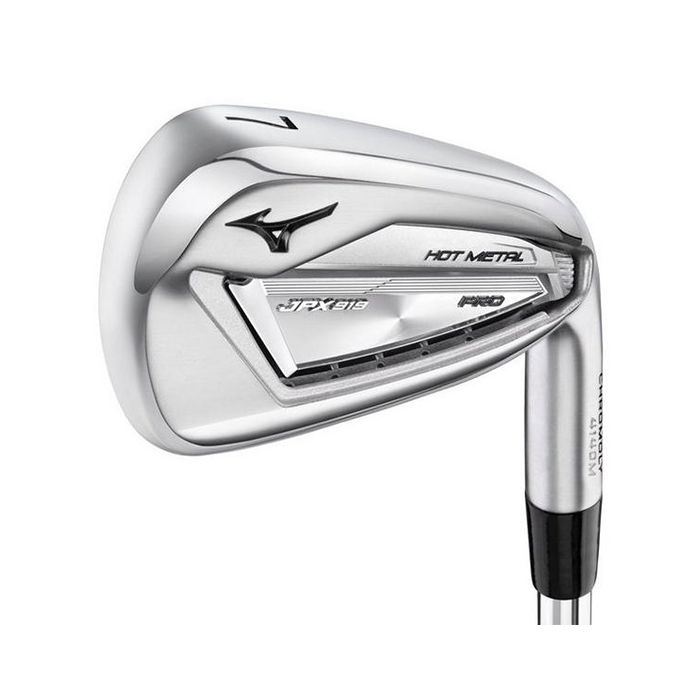 The use of a high strength Chromoly 4140M and seamless cup face construction produces the highest ball speed from any Mizuno iron. Mizuno's new stability frame ensures that each iron within the set produces the correct flight apex - with landing angles steep enough to control shots into the green. This smaller 'Pro' version with reduced offset will offer Chromoly ball speed and performance to players with a more traditional eye.

Aggressive relief on the trailing edge for reduced turf drag.

The Hot Metal irons can be played by players ranging from around a 10 handicap all the way up to a 36 handicap. It has the most offset and is designed to provide ultimate forgiveness and consistent ball speeds across the face.

The JPX 919 Hot Metal irons are made from a Chromoly 4140M, picked for its high strength to weight ratio and its malleability. A flexible metal allows for a thin, high strength club face, but also a bendable hosel designed for fitting.

It was nice to see the beveled leading and trailing edges on this true game-improvement iron. This design feature will assist players with striking inconsistencies to experience better turf interaction, which will lead to better ball striking.

The final bit of my testing took me over to Pro Golf Discount in Bellevue, Washington, where I pit the JPX 919 Tour head against the MP-18 SC head. Mizuno used 6-irons as their demo club through the MP-18 lineup but decided to update to the industry standard 7-iron with the JPX 919 lineup. While I wasn’t able to get a perfect apples to apples comparison, I was able to gather some valuable data.

Based on the data, the Mizuno JPX 919 irons are just a touch shorter than the MP18 irons simply due to the cavity back, but the major stand out from the numbers was the right to left dispersion. The JPX 919 almost halved the right/left offline average, which is a pretty significant finding. I would happily sacrifice 2 to 3 yards to gain that kind of narrowing of offline dispersion.

The JPX 919 irons may come from a line of game improvement clubs, but through my testing, I found there is a JPX 919 set for all players, from beginning amateurs to a PGA Tour major winning champion. Put simply, these things flat outperform. The look of the satin finish is incredible, the redesigned back-end is modern, and looking at address, the JPX 919 irons make me want to pull the trigger and hit it close every single time.

Mizuno’s quality of craftsmanship continually sits atop the industry and seems on another level from the other manufacturers. Mizuno irons are clean, they are classic and are built from the finest metals.

Yet strangely, when I look around the bags at my local courses, I see a lot of TaylorMade and Titleist and Callaway irons, but only a few sets of Mizunos. Whether that’s due to strong marketing from the major manufacturers or golfers simply wanting to play the same brand as their favorite pro on Tour, it’s tough to say.

In either case, take this reviewer’s advice and next time you see a Mizuno demo day or test irons at a shop, add Mizuno to your list. Experience what their irons are all about, you won’t be disappointed!......More 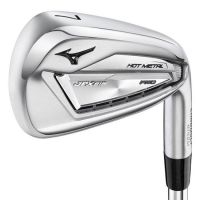