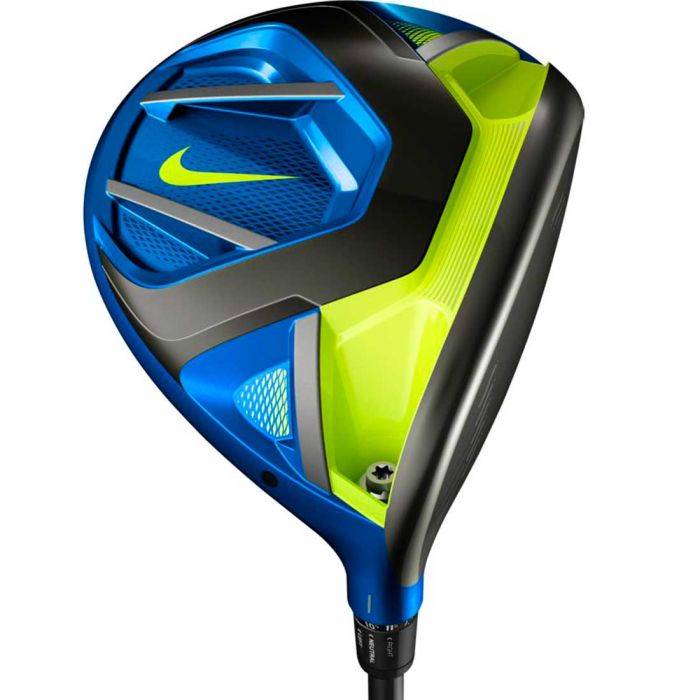 Designed with a tour-player-preferred head shape, the Nike Vapor Fly Pro Driver also features an extremely thin and light crown which moves the weight down for higher launch and less spin.
Manufacturer Direct
Custom Product
Out of stock
Only %1 left
SKU
P77738

A 30% reduction in crown weight from the 2015 Vapor Speed driver creates a lower CG and higher MOI. The new Hyperflight Face creates extreme ball speeds across the entire face. The re-engineered Compression Channel amplifies performance on mishits. A Tour-Preferred pear shaped head is designed for enhanced workability and the Covert Cavity Back design spreads weight to the heel and toe for maximum forgiveness. FlyBeam structure stabilizes the body and channels more energy into the face and FlexLoft 2 Technology offers 15 different launch conditions.

The Vapor Fly Pro has a much more tour-inspired head shape than the Vapor Fly and will best suit players that seek a lower spin rate and launch angle, and maximum workability, while still having enough forgiveness on their lesser missed shots.

The Vapor Fly Pro shape is very close to the non-Pro version. Both are 460cc, but the Pro looks just a tiny bit smaller. I really, really like the addition of the Black colored face over the stainless brush look of the non-Pro. It really frames the face well at address. The ball flight was much lower as was the spin rate which produced a penetrating ball flight even set at 1 degree higher loft. Again, the feel was semi-muted like the non-pro version, but the Vapor Fly Pro is the best feeling and looking Nike driver I have hit to date.