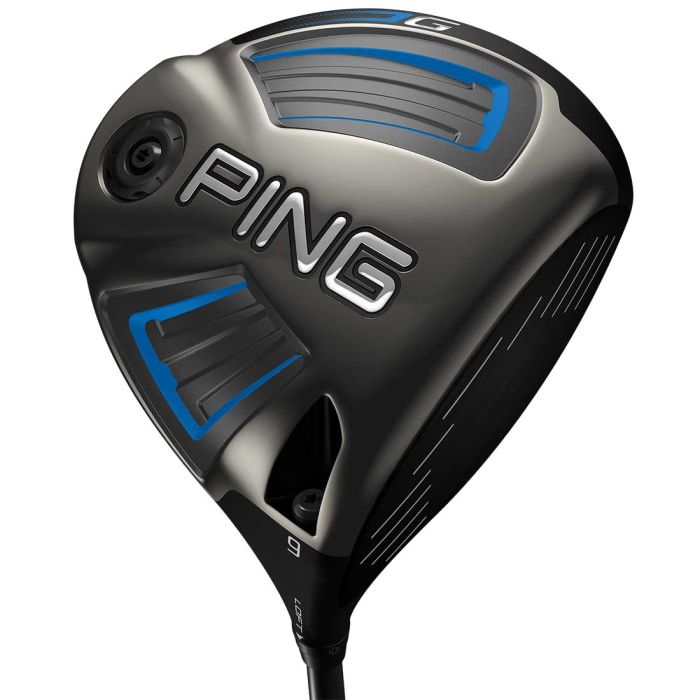 The new for 2016, the PING G-Series Drivers feature a faster head design which reduces drag up to 37% and increases carry distance up to 4 yards.
Manufacturer Direct
Custom Product
Out of stock
Only %1 left
SKU
P77987

Players can optimize their desired launch conditions and ball flight.

Inspired by an approach called Biomimicry, Ping engineers studied the dragonfly’s complex wing patterns. From that they were able to design ultra-thin crown sections for extreme CG and maximized MOI resulting in their longest most forgiving driver ever. The lowest, deepest CG of any Ping driver, it generates greater distance by increasing dynamic loft on both axes for maximizing forgiveness. Vortech technology on the back of the Ti 8-1-1 head minimizes turbulent wake during the downswing for faster speed with stability and forgiveness. Paired with Crown Turbolators they claim to reduce drag 37% through the impact zone.

The G Series Driver will cover a large majority of the golfers and will be the most popular of the 3 different versions of the G Series.

The G Series Driver is a follow-up of my favorite driver from 2015, the G30. Like the G30, I found the G Series Driver to be just as easy to hit with excellent ball flight, great feel and feedback. However, the G Series Driver with a slightly different sound to it. With the Dragonfly technology the crown is a bit more busy, but nothing that hindered my concentration. The Flat black, blue trimmed head is quite larger looking due to the larger footprint of the 460cc head. The 9° that I tested sat very square to my eye and the large head size instilled confidence. This head is considered the neutral head of the G Series drivers.