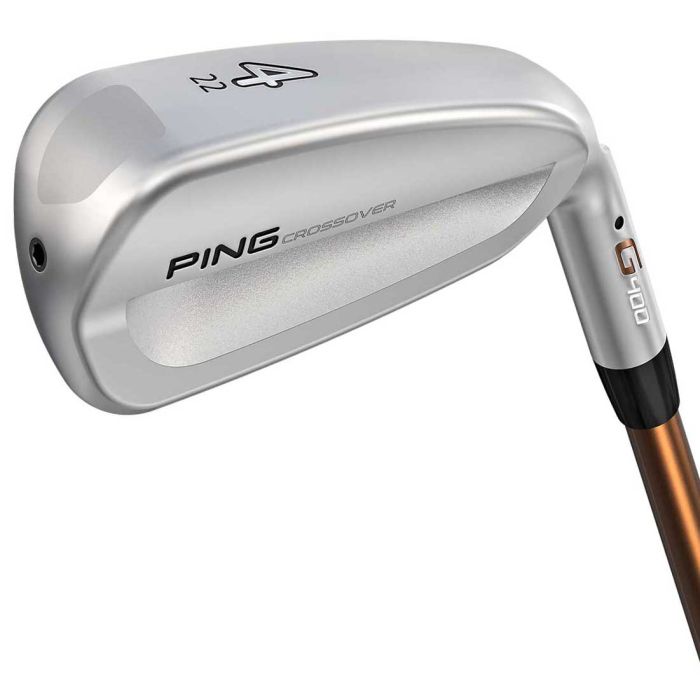 Experience the faster speed of flight with the new Ping G400 Crossover.
Manufacturer Direct
Custom Product
Out of stock
Only %1 left
SKU
P86566

The precision, workability and control of an iron combined with the ball speed and forgiveness of a hybrid make the G400 Tour Crossover a high-performance and versatile option for golfers of all skill levels. The maraging steel face delivers faster ball speeds and higher launch to produce 30% more stopping power. The addition of a tungsten toe weight increases forgiveness resulting in 17% tighter dispersion. Turf interaction is greatly improved with a thinner sole.

Repels moisture for more control and helps minimize fliers from wet conditions and lies in the rough.

With the new changes, the G400 Crossover will appeal to more players than ever, but they are still geared towards players with issues hitting hybrids and players who prefer an iron-style club head.

I found fade bias of the past Crossover version made it a great club off the tee. While most players do not need this type of club this year’s edition will fit a larger range of players. The additional spin, repositioning of the CG and a more neutral bias allowed me to see straighter, higher shots. These features translates to better playability from the grass and less from the tee.

While I am more a fan of having a hybrid in my bag, the new G400 Crossover is so easy to hit that I could easily put these in my bag instead of a hybrid. The feel, sound and results were really, really good. Yes it is bulky, but as I get older I tend to lean on results versus looks. If hybrids are not your thing, the new Ping G400 Crossover is a 100% must try when looking for options to replace those harder to hit long irons. 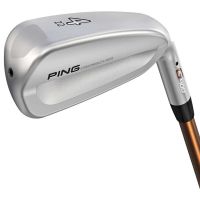