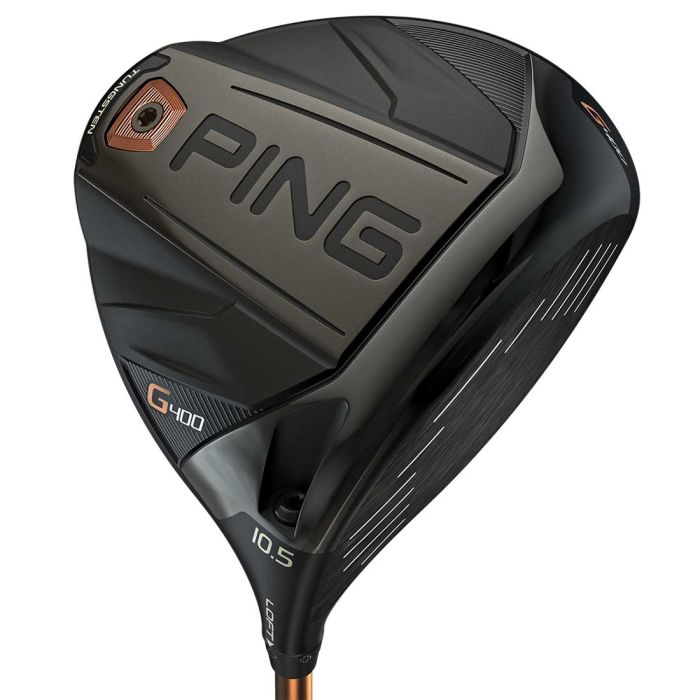 Experience the faster speed of flight with the new Ping G400 Driver.
Manufacturer Direct
Custom Product
Out of stock
Only %1 left
SKU
P86494

With a combined MOI over 9000 and deep CG location, the Tungsten sole weight elevates stability and forgiveness to PING’s highest levels ever.

The premium copper shaft paint transitions to black as you address the ball. The counter-balance design of the Alta CB allows for more mass in head to increase energy transfer.

Ping packed a lot of tech into the G400 driver, but the most significant change is the size of the club head. While the max allowable size is 460cc, Ping chose to make the G400 driver 445cc. The driver also features a new streamlined shape, multi-material construction, forged face and tungsten back weight. The combination of these features creates reduced drag, improves overall forgiveness, and promotes increased club speeds and distance.

Now I know what you are thinking, all manufacturers make similar statements whenever they release a new driver, but Ping went one step further to quantify their claims. They say the lighter, thinner Forged Face increases ball speeds by 2 mph compared to the G series driver. An increase in MOI comes from the high density tungsten rear weight producing the deepest rear CG in a super-forgiving head.

Without a doubt the Ping G400 driver is for players of all skill levels. With 3 versions to choose from, this driver will quickly pass the eye test for low handicap players and higher handicap players will forget about the size difference once they hit the right one!

Over the years I’ve played many drivers smaller than 460cc, so at 445cc the Ping G400 easily passed my eye test. The larger footprint of many modern drivers was replaced by a more traditional head shape and deeper face than past Ping offerings. At times a smaller head size can make a club feel shorter in length, but Ping got this one just right.

The G400 has a clean, simple and rich colorway. The matte black finish stood out, like always, and helps keep the eyes from being distracted by the busy crown design. Ping reworked the acoustics of the driver, creating a much deeper, muted Tour-inspired sound.

Boasting the deepest CG in the game, my ball flight increased compared to what I traditionally see from a 9-degree head. Once properly dialed in, you will see an increase in distance. I haven’t played much recently due to some injuries, and as a result my ball striking has suffered dearly, but I clearly found my mishits producing better results than what I was feeling. A prime example was one I hit low on the toe that still had plenty of launch angle and did not spin like a top, now that’s what I call forgiveness! Available in 3 head styles, overall I was super impressed by the looks, feel, and sound of the new G400 driver. 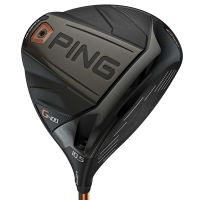