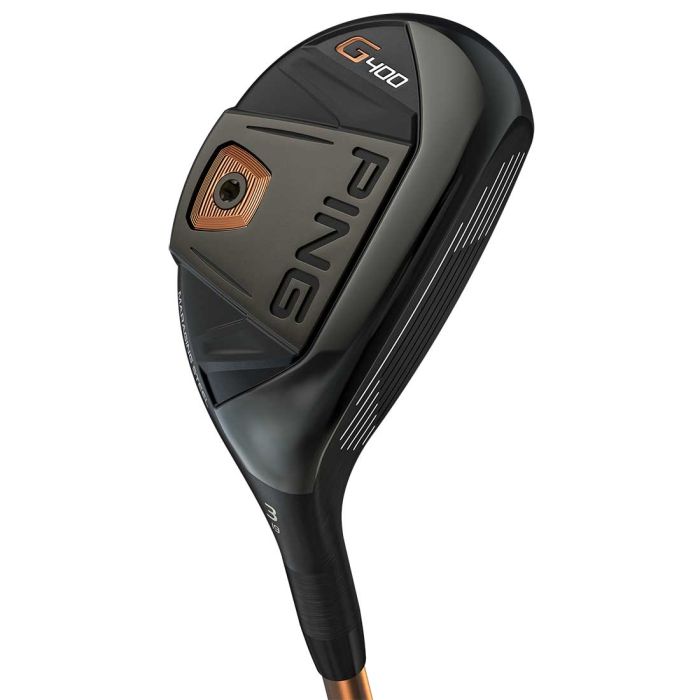 Experience the faster speed of flight with the new Ping G400 Hybrid.
Manufacturer Direct
Custom Product
Out of stock
Only %1 left
SKU
P86545

Engages at impact to increase face flexing for higher launch.

The G400 hybrids have the same Maraging Steel face material as the fairway metals. The change in face material from the 455 Carpenters Steel used in the G series hybrids is said to produce a higher launch, longer flight, and added forgiveness. The ultra-thin 17-4 SS crown allows more weight to be distributed to the rear CG which increases the MOI and produces drop and stop playability.

Players of all abilities.

First off, let me note that the new Ping G400 Hybrids have a fade B=bias in the lower lofted heads. Pretty much all of the past offerings that I have tested had a draw bias. Though I tested the 22-degree head, I found it to be less hook prone than previous models. There is a still some draw bias to this loft, but far less. The hockey stick look (flat sole, slightly upright angle) to hybrids always seem to produce even more draw that I prefer in hybrids, but Ping has worked hard to show that this shape can produce less of a draw bias. The feel, sound and flight were all similar to the G Series. The big key for me was the reduced draw bias and a must for my game. 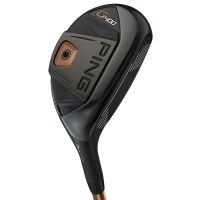