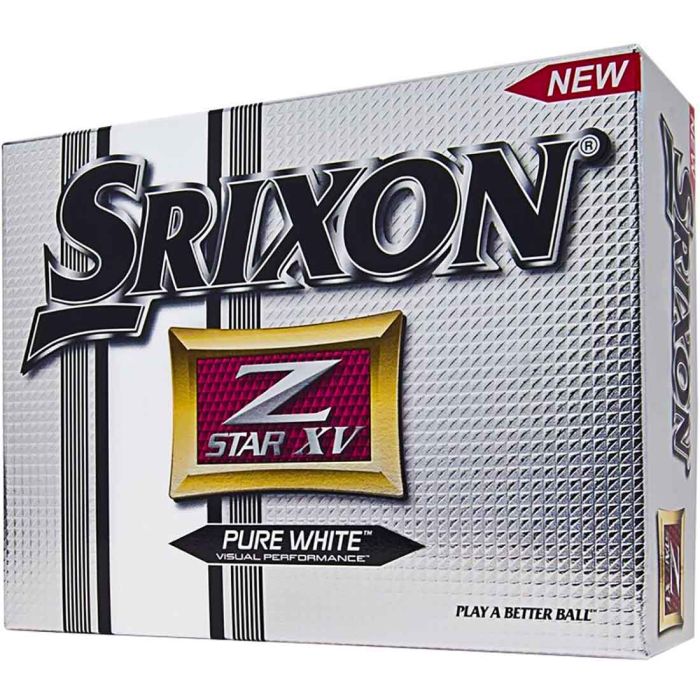 The Z-STAR XV golf ball's proprietary urethane cover is the thinnest and the softest in the premium market.
Manufacturer Direct
Custom Product
Out of stock
Only %1 left
SKU
P70948

The new Z-STARxv golf ball's proprietary urethane cover is the thinnest and the softest in the premium market producing an excellent combination of distance and spin. The new four-piece dual Energetic Gradient Growth core provides the best distance in a premium offering while maintaining low spin to optimize driver performance.

Between the two Z-STAR balls, the Z-STARxv is a more distance oriented tour performance ball which returns less spin off the driver creating longer more penetrating ball flights. The ball feels slightly firmer, but does not sacrifice feel and control around the greens. Overall, this ball maximizes its performance when played by golfers who have a driver swing speed greater than 95mph.

They aren’t called Pure White for nothing! Srixon balls tend to be the brightest balls on the market these days.

I found minor cover impressions and marks after the first round.

The extra mantle layer on the XV version provides a slightly firmer feel compared to the Z Star, and feels more like the older Z Star versions than the older XV versions.

The extra layer needs a touch more swing speed to really make the XV version shine. Swing speeds of 100 mph+ will benefit most from the extra layer, and should see a little extra distance from the XV versus the Z Star.