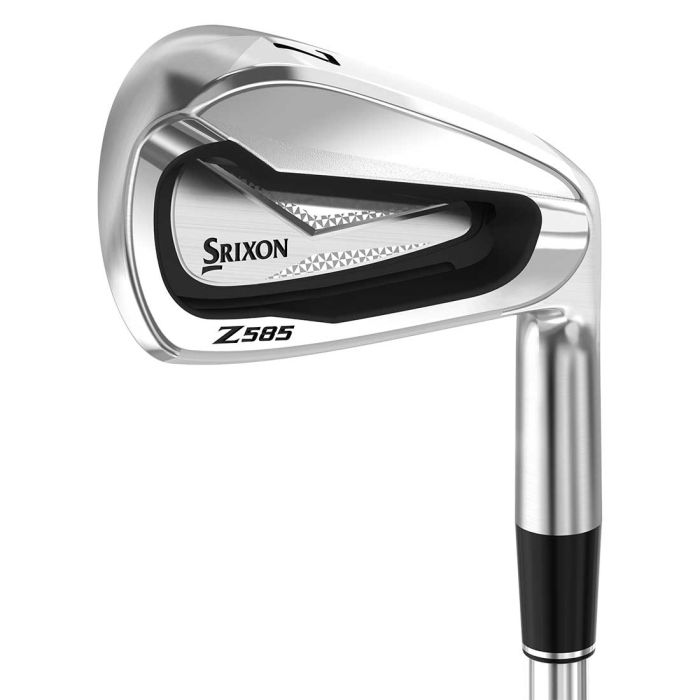 Enhance your iron game with extreme distance and soft forged feel with the Srixon Z 585 Irons.

Conquer the course with enhanced distance but do it with the look and feel of a compact player’s iron.

A body forged from soft 1020 carbon steel offers less vibration and a better feel through impact.

The body is forged from 1020 carbon steel, a softer alloy than many game improvement irons, which are many times cast and not forged. The softer metal creates less vibration for better feel through impact. The Z 585 irons also feature a laser milled face and the Tour V.T. Sole. In addition, the sole is widened in the long irons for extra forgiveness.

Where the Z 585 irons truly differ from the Z 785 irons is the clubface and the Speed Groove. The face is made from a SUP10 maraging steel insert allows for a thin face while retaining a soft feel. Srixon’s Speed Groove since behind the face and allow for more face-flex at impact. More face-flex equals faster ball speeds and longer distances.

The miraging face of the Z 585 irons is soft and even though there is a pronounced cavity back, the feel is incredible. I applaud Srixon for using a forged body because I did not feel the click that is standard in many cavity-back and game improvement irons. The difference is real.

I wasn’t surprised to see the results from my numbers on the GC2 Launch Monitor. The hotter face of the Z 585 produced greater distances due to a slightly lower ball flight and spin rate. This is also backed up by the Z 585 7-iron having a 1° stronger loft than the Z 785 7-iron.

The 585 irons could be played by someone in the 16 to 18 handicap range, no problem.

Don’t just take my word for it, take Jeff’s advice and hit a Srixon iron side by side with what you’re testing and see which gives you the best results......More. 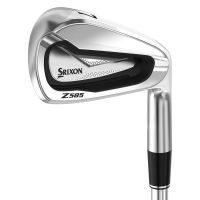