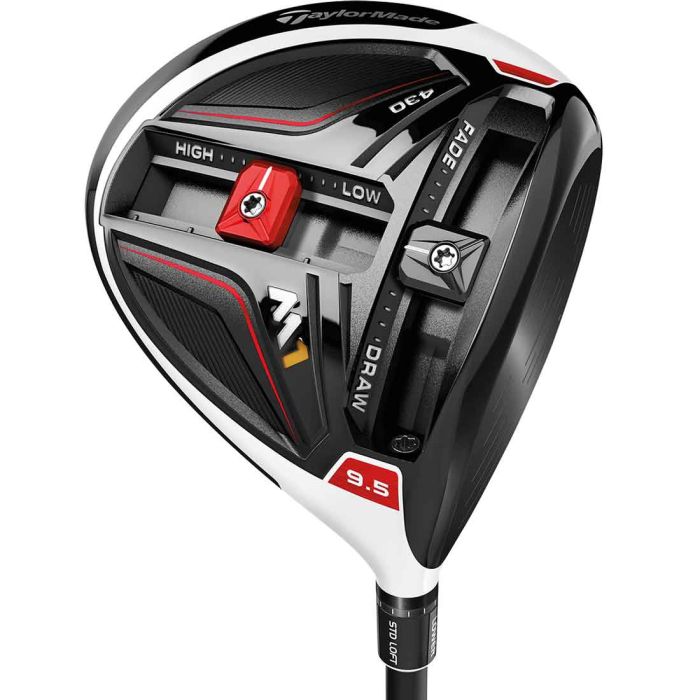 TaylorMade's longest driver ever, the M1 has a multi-material construction - featuring an ultra-thin, ultra-light and high-strength carbon composite crown – that unlocks breakthroughs in distance, playability, and feel for all golfers.
Manufacturer Direct
Custom Product
Out of stock
Only %1 left
SKU
P757880

Performance for Every Swing.

Following more than two decades of advanced research and development, TaylorMade Golf, makers of the No. 1 driver in golf, have developed a multi-material combination of titanium and a seven-layer carbon composite to unlock their longest driver and most fittable product line in company history, M1™. In M1, engineers have created a line of drivers, fairways and Rescue® clubs designed to provide golfers with more ball speed, forgiveness and distance in TaylorMade's first-ever "unmetalwood" family.

The use of revolutionary carbon composite crown design in TaylorMade's new M1 driver resulted in a significant decrease in overall club weight and allowed engineers to lower the CG and add a revolutionary T-Track system that houses 25g of adjustable weight, enabling the golfer to personalize their driver more than with any product before. TaylorMade's research and development team's internal acoustic management techniques have led to the M1 driver's best in class sound, which has been meticulously crafted to control vibration and pitch at impact.

With the savings in discretionary weight from the seven-layer carbon composite crown, TaylorMade was able to introduce its revolutionary new T-Track system; one essential key to the M1's fitting performance. The M1 Driver features one 15g moveable weight in the Front Track, sliding from heel to toe, allowing golfers to adjust their draw or fade bias by up to 25 yards. Similarly, the Back Track on the M1 Driver allows the golfer 10g of moveable weight.

Previous drivers have allowed golfers to move weight from left to right and others from front to back, but with M1, golfers have the ability to adjust their fade or draw, while simultaneously personalizing their spin and forgiveness settings with the back track. With a plethora of possible fitting combinations, the M1 driver is TaylorMade's most fittable driver to date.

M1 has an incredibly low CG, lower than R15 in fact, which essentially projects at center face and increases the energy transfer at impact.

The 12 position loft sleeve provides up to four degrees of loft adjustment, the T-Track can be set for more/less draw/fade and higher/lower trajectory; Combined with a choice of over 30 shaft offerings the TaylorMade M1 can be customized to get the most out of your game and ultimately, lower scores. 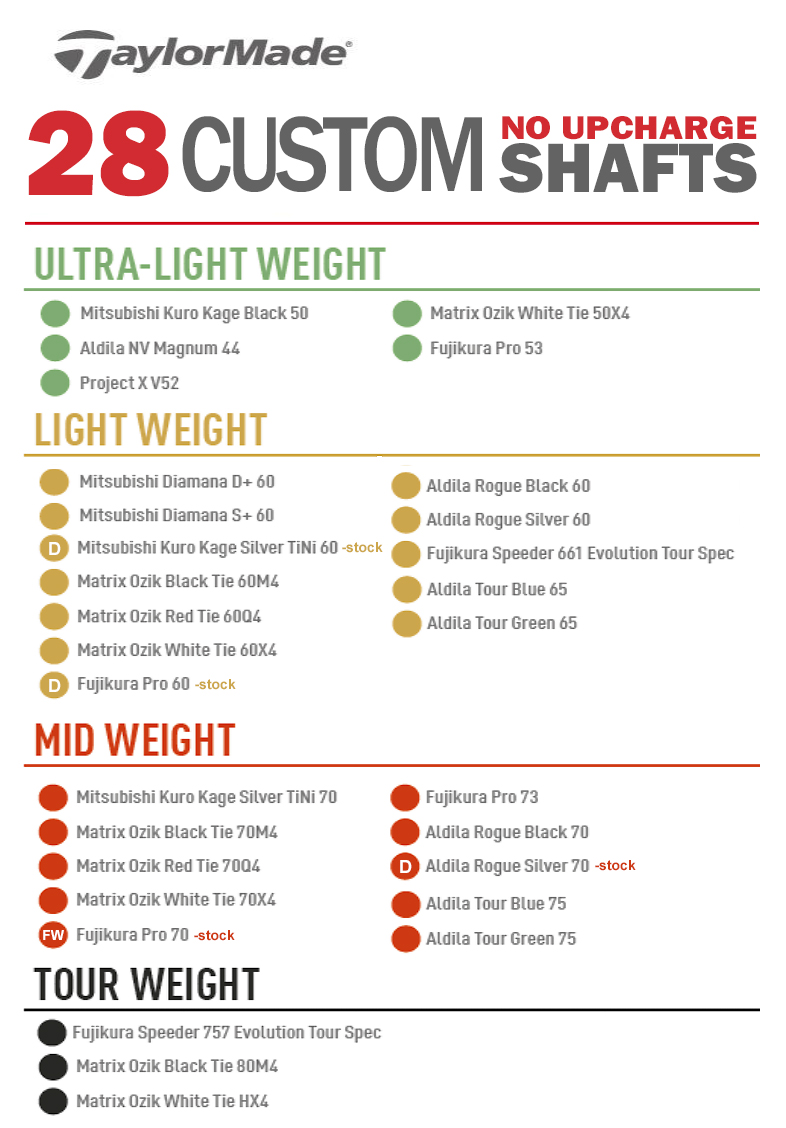