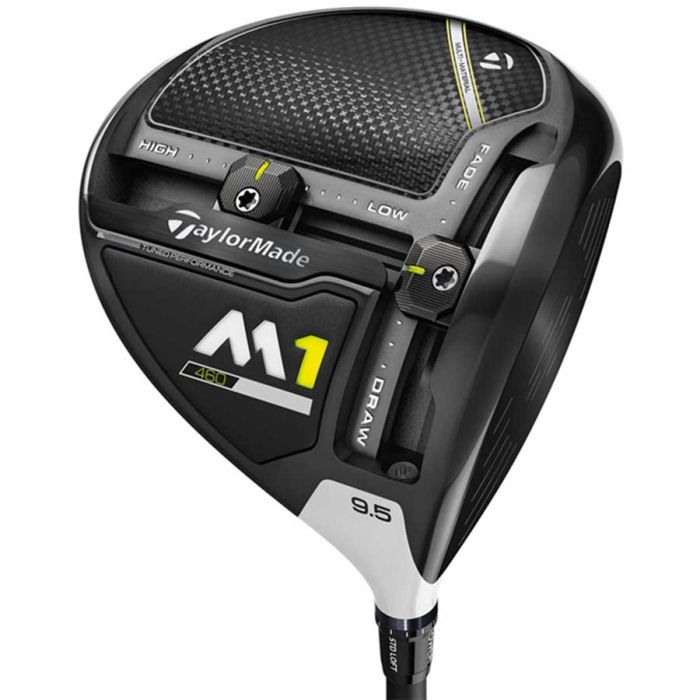 The all-new M1 driver takes multi-material construction to the next level to deliver distance, forgiveness and complete personalization.
Manufacturer Direct
Custom Product
Out of stock
Only %1 left
SKU
P84006

TaylorMade engineers relied on proven internal acoustic management techniques and modified them as necessary to meet the demands of new materials and shaping. The result: the re-definition of best-in-class sound by controlling vibration and pitch at impact.

The iconic two-tone crown of the M1 driver is precision-fit to the skeletal titanium body using an FF2FF process—a breakthrough engineering technique that results in craftsmanship of the highest quality with manufacturing repeatability for a consistent, aggressive appearance and undeniable performance.

TaylorMade has taken their Multi-Material construction to the next level with a revamped 6-layer carbon fiber crown and brand new carbon toe panel. These modifications increase the overall amount of carbon fiber on the club by 43%. As a result of the savings in weight TaylorMade’s engineers produce a lower CG club head that promotes better launch conditions and an expanded T-Track weight system. The re-designed T-Track system allows for 64% more front-to-back CG movement compared to the original M1.

In addition, a new, lighter-weight sleeve with 4 degrees of adjustability allows players to strategically place a greater amount of weight into the head instead of the hosel area. The iconic two-tone crown is precision-fit to a skeletal titanium body using an FF2FF process. This engineering technique results in craftsmanship of the highest quality giving the M1 an aggressive appearance and undeniable performance.

The M1 is somewhat thought of as more of a players club, but slower swing players who do not always spin the ball enough will see an increase in spin and a higher MOI from the ability to move the CG even further back on the new T-Track. With that being said, the 2017 M1 is a great Driver for all abilities! Plus to 36 handicaps.

Testing in the winter presents its own set of challenges, but I shook off the rust and hit the range with the new M1. I set the rear weight all the way back and the front weight in the N position. By doing so, I set up the driver with the most forgiveness possible and a higher launch angle. At address, I saw only minor cosmetic differences, most notably the white of the crown is expanded slightly in the heel and toe areas. My guess is that this will help strengthen where the two materials meet. Compared to the 2016 M1, this year’s M1 is more muted acoustically.

The question I get asked the most about the new M1 is “Why should I buy the 2017 version over the 2016 version?”. First off, the increased MOI now makes this head better for all abilities and produce more forgiveness. I hit a few drives off of the toe area and although I predictably lost some distance I still produced some fairly straight strikes. Another advantage is the ability to custom order an M1 (you cannot custom order the 2016 version). You will miss out on the overall playability of your driver if you simply buy one off the rack. With so many no charge shaft upgrades available, make sure to get the shaft that fits your swing and swing speed the best. 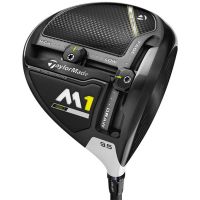