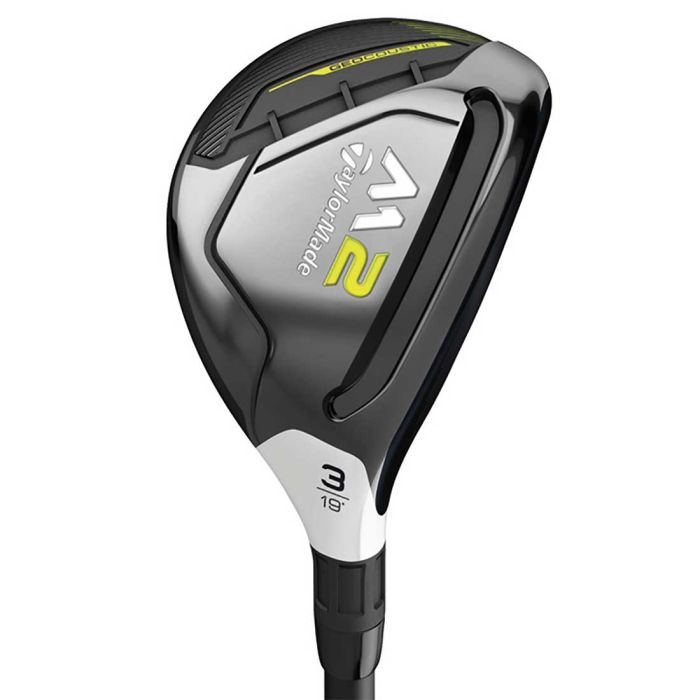 Low-profile design with unmistakable “M” cosmetic and stepped crown inspires confidence and is easier to play from the fairway.

Geocoustic engineering combines advanced sole shaping with externalized sound ribs to produce best-in-class sound and feel. Designed with a two-tiered sole, golfers will experience the same unreal distance of the original M1 with added playability from all lies.

Geocustic technology has improved the club’s performance through advanced geometry and sound engineering. The shaping of the M2 Rescue Hybrid includes a two-tiered sole to promote added playability out of a variety of lies. The new sole design and a short, fluted hosel also works in tandem to optimize sound and feel at impact while at the same time lowering the overall CG.

The M2 Rescues are for anyone who prefers hybrids over long irons and especially players who need a draw bias. 10 to 36 handicaps, due to the slight draw bias that better players often struggle with hitting a hybrid.

(However, I suggest checking out the M1 if you fight a draw with your hybrids.)

Right away I noticed at address that this was the first Rescue from the 2016 and 2017 lineup to incorporate the iconic two-tone crown that now make for a perfect match with the driver and fairway metals. Personally, I really like the looks even though the black is not a carbon composite. The flight was on the high side, yet hitting into the wind there was little ballooning. The feel was solid and the head sat as square as any non-TP (Tour Preferred) rescue from Taylormade that I have tested. I still saw some sweeping hooks from this head which made the M2 version a much better choice for my game. Those that need a nice draw bias need to try this simple, easy to swing rescue. 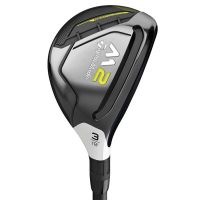