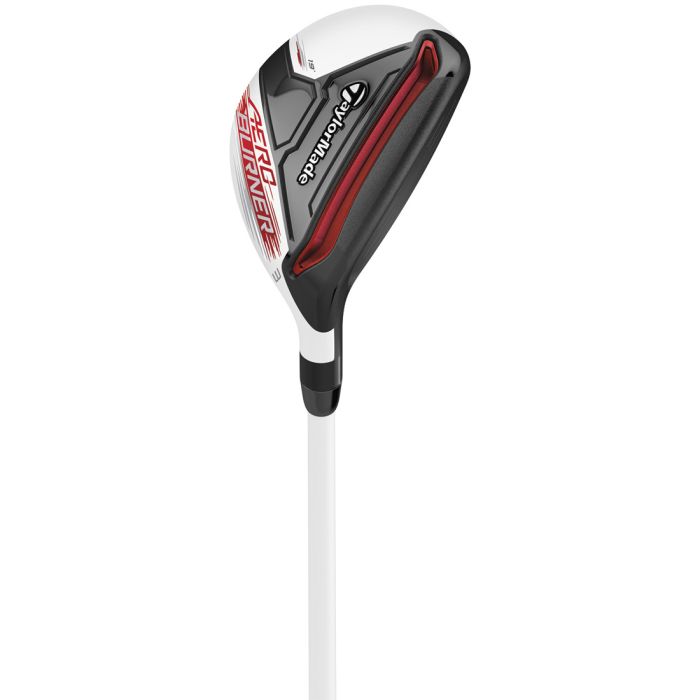 The RSi 1 irons feature new Face Slot Technology on the heel and toe which provides uniform flexation across the face at impact, generating higher ball speeds and protecting distance even on off-center hits. Combined with the successful Speed Pocket Technology in the sole of the irons, the RSi 1's are fast, long, and extremely forgiving, culminating in high MOI playability and impressive performance.

The rescue's biggest advancement is its new Speed Pocket which is twice as big as the JetSpeed (first rescue to feature the technology). Unlike JetSpeed, AeroBurner fairways do not have loft sleeve technology which offers loft and lie adjustability. This allowed company engineers to extend the length of the Speed Pocket across the entire sole for maximum performance. In other words, this pocket increases the size of the sweet spot and reduces spin.

The overall length of the shaft has been shortened by half an inch from previous rescue offerings to provide more playability and forgiveness.

Several aftermarket shafts and grips are available to customize your RSi 1 Combo Set. Call golfdiscount.com at 1-800-394-4653 to place an order for a custom combo set today!