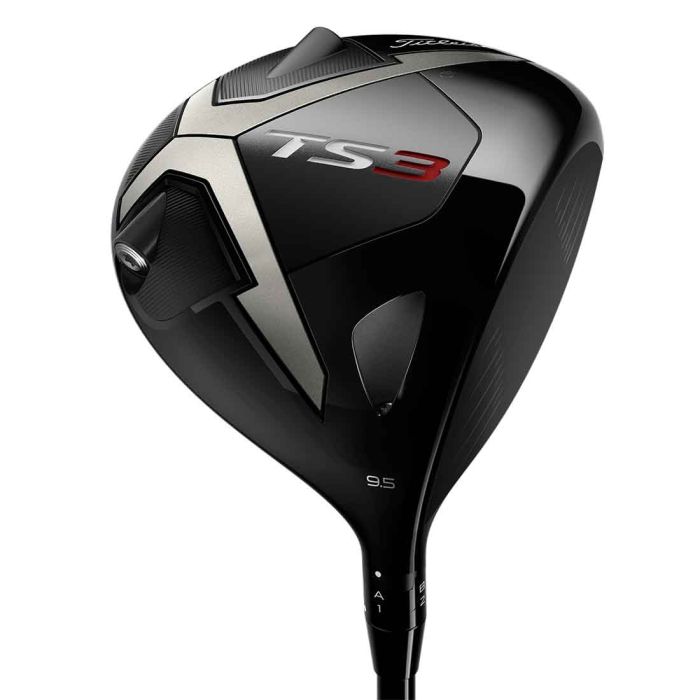 The TS metals are equipped with the thinnest titanium crown in the game. This allows weight to be shifted lower and deeper resulting in more distance.

Refined crown and face thickness delivers the lowest CG ever found in a Titleist wood. This weight distribution results in higher launch and lower spin.

I was invited by Titleist Product Specialist Rick Barlament to test out the soon-to-launch Titleist TS3 drivers and pit them head to head on Trackman against my current gamers. Before I get to the results, let me introduce you to the all-new Titleist Speed project.

When talking about Titleist drivers, conventional wisdom has always been they are designed for the serious player, the model name starts with the number 9, and a high priority is placed on superior craftsmanship. Outrageous length has never been Titleist’s priority.

TS3 are Crafted for More Speed and Distance Gains

Over the years players haven’t seemed to mind the low priority on distance. Titleist drivers look good, sound amazing, and with the addition of the SureFit hosel to the 910 lineups, players could dial in their driver to the optimal setup for their game. This has always been Titleist’s M.O., that is..until now.

Compared to its predecessor, the 917 drivers, the new TS drivers are not simply a break from the traditional naming conventions. Titleist has shifted their entire paradigm to make speed priority one.

A refinement of weight distribution and head shape, along with a thinning of the clubface and crown thickness, resulting in a higher launch, lower spin and faster ball speeds across the entire face. In the practical, this means longer carry distances and more forgiveness on off-center strikes.

Titleist unveils what they call their Speed Chassis. The new design is the culmination of a two-year process to de-construct and re-develop every aspect of their driver's heads. This led to the creation of their thinnest-ever titanium crown and Variable Thickness Face. That weight savings allowed engineers to re-position more weight lower and further back in the clubhead, achieving higher launch angles with lower spin.

If you are familiar with the components of the Titleist drivers over the years, you’ll notice the omission of a staple from the past couple versions. The new design of the Speed Chassis rendered the Active Recoil Channel obsolete.

Also, unlike previous Titleist driver versions, where the D3 head was smaller than the D2 head (440cc vs 460cc), TS3 drivers feature a 460cc head. Titleist claims the re-engineered, streamlined head shapes equate to a 20% reduction in drag. Meaning, players will produce faster clubhead speeds by exerting the same level of force on the TS woods as they do with their current driver.

Another feature that bucks tradition and contribute to Titleist’s newfound dedication to speed is the standard length. Traditionally, Titleist drivers have been 45”, but the new TS drivers will have a standard length of 45.5”. The half inch may not seem like a lot, but even that little extra length will help players generate greater clubhead speeds.

The TS3 driver, with its traditional pear shape, has the appearance of a classic Titleist driver that will appeal to the eye of Titleist enthusiasts. Mid launch and low spin, the TS3 features the adjustable SureFit weight port which gives players the ultimate ability to tailor the dynamic forgiveness to the areas where they need the most help.

Once again, I headed up to The Golf Club at Newcastle to meet with Rick. Unlike when I tested the SM7 wedges, where most of the hitting we did was from 10 to 60 yards, this time we had a full trackman set up to get accurate ball speed and distance data.

For an apples to apples comparison with my current driver, Rick had me hit the 10.5° TS2 TS3 driver heads trying two shafts, the Project X HZRDUS Smoke Black 60 6.5 and the Project X Even Flow T1100 White 65 6.5, with each TS head.

I hit my driver first. After a few swings, Rick asked, “Is that your normal ball flight?”. It was slightly on the low side, but fairly normal for what I’m used to with my Rogue. Trackman showed my launch angle was around 9°-9.5°. And, while that’s great on baked out fairways, I’ll definitely lose yardage in wetter, colder months (which are typical for most of the year in the Pacific Northwest).

Next were rounds of shots with the  TS3 drivers, hitting roughly 7-10 balls with each shaft before swapping out the setup for the next in line. After I finished up these swings Rick was pretty sure he had my ideal set up pinned down.

Final Thoughts on the TS3 Drivers

Titleist has pulled off their objective in spades. They have created a lineup of drivers that are high launching, low spinning and fast. Though much of the gains may, in fact, be due to the improved launch angle and lower spin rates, the additional ball speed mph did not go unnoticed.

After testing these drivers, I’m not surprised in the slightest to see Justin Thomas post top-10 driving distance numbers on Tour with his TS3.

The head shapes of both Titleist TS drivers are aesthetically pleasing, and although the TS2 produced the best numbers for me, in terms of pure looks I’ll give the nod to the TS3. It just has a classic cool pear-shape design and will be instantly recognizable to players who have had Titleist drivers in the past.

I flat out love the sound of a titanium crowned driver, and the TS woods gave me everything I hoped for. The acoustic splash of a driver with a metal crown when hit pure echoes throughout a course. The TS3 driver acoustics are on point.

So much of feel is derived from sound. We can instantly tell whether we struck a shot purely, thinly or fat based solely off the sound of the ball off the face. For a composite crown driver, the Rogue has a good sound to it, especially when hitting on the screws. However, nothing competes with the sound of a driver with a metal crown.

If you have been a Titleist enthusiast or are in the market for a driver that will help you launch the ball, lower your spin rate, increase ball speeds and carry distances, or some combination of all those benefits, do yourself a favor and take the Titleist TS3 drivers for a spin. Compare the numbers against your current driver and see if your numbers show a marked increase distance and an improved launch angle......More 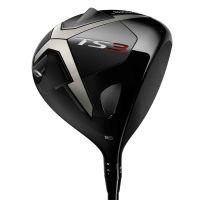