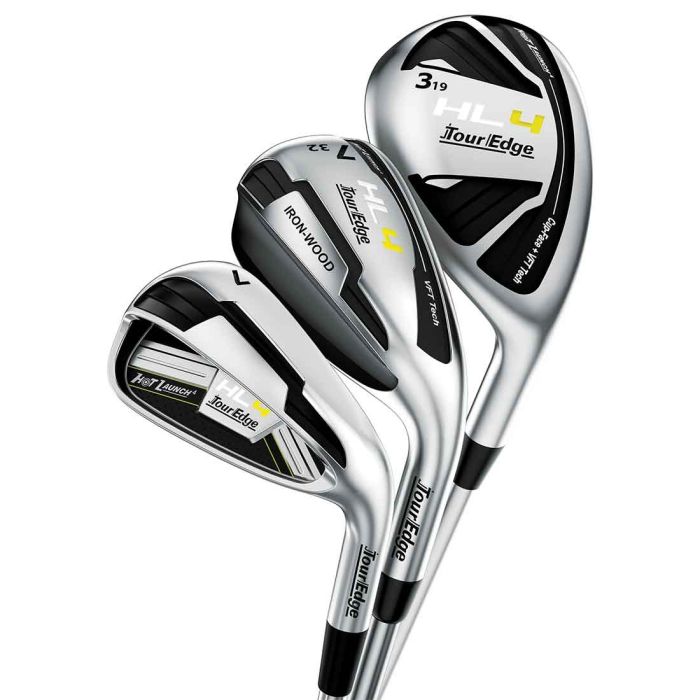 The Tour Edge HL4 Triple Combo Irons are a seamless combination of hybrids, iron-woods and irons. Always have the perfectly designed club for every shot.
Manufacturer Direct
Custom Product
Out of stock
Only %1 left
SKU
P077020

The HL4 Triple Combo set provides players with the most versatile set in golf and provides the most powerful, forgiving and accurate club possible for every situation on the golf course.

Plus, the end-consumer will save significantly in their investment in buying their hybrids, iron-woods and irons together as one set.

The No. 4 and 5 HL4 hybrids bring greater distance and forgiveness to the set over traditional long irons, while the No. 6 and 7 HL4 IronWoods provide the ultimate in forgiveness and ease oflaunch to the set.

The 8-iron through PW in the traditional HL4 irons provides a traditional set up designed to deliver exceptional feel and control on approach shots.

The HL4 hybrids features a thinner cup face as well as a thinner and lighter forged 17-4 stainless steel crown that provides faster club and ball speeds.

More weight in the sole of the HL4 Iron-Wood combined with the perimeter weighting properties of a hollow body design increases launch angle and forgiveness on every shot.

The new Rear Inverted Crown design lowers the CG for the highest-launching iron-woods to date.

Variable Face Thickness technology featured in all of the HL4 iron sets provides more contact points from the face that results in better off-center hit distance.

All of the HL4 iron sets feature higher MOI properties, which is a consistent performance upgrade throughout the entire HL4 line. 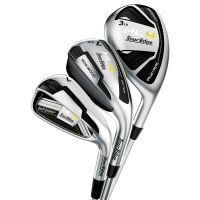